Make in India brings labour reforms back on agenda

After nearly a decade, labour law reforms once again gathered steam in 2014 in sync with the government’s focus… 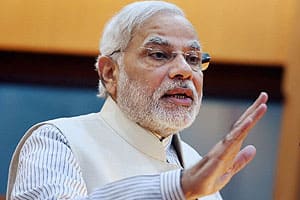 After nearly a decade, labour law reforms once again gathered steam in 2014 in sync with the government’s focus on promoting Make in India and improving the ease of doing business.

In the 2015 Doing Business Report, India ranked 142 amongst 189 with the country’s labour laws seen as an impediment to business. The issue was also highlighted by former Prime Minister Manmohan Singh while PM Narendra Modi in October this year launched the Shrameva Jayate initiative to help employers with measures including a revamped inspection scheme, new apprenticeship rules and a unique number for PF subscribers.

The push to labour law reforms is likely to continue in the New Year with important amendments such as those to the Factories Act likely to be passed by the Parliament and expectations that the govt will mull easier norms for retrenchment of workers to facilitate easier closure of factories.

A recent KPMG-CII survey-based report on Ease of Doing Business in India found that 47 per cent of its 120 respondents faced moderate to major difficulty in complying with overall labour laws. “The government needs to consider proposals for amendments in labour legislations such as the Industrial Disputes Act, Contract Labour (Regulation & Abolition) Act, Trade Unions Act and Factories Act,” it said.

The lack of easier norms for hiring and firing has been one of the major stumbling blocks for the National Manufacturing and Investment Zones, where the labour ministry and department of industrial policy and promotion have time and again tried to revisit the controversial Industrial Disputes Act,

But with trade unions unwilling to budge on any such review, the labour ministry is thinking in terms of a more comprehensive review of the Act.

“We want each amendment to be based on tripartite consultations where both employers as well as employees are on board,” said a senior labour ministry official.

In the interim, state governments including Rajasthan and Madhya Pradesh have already gone ahead with an overhaul of state labour laws. Haryana, Uttar Pradesh and Punjab are also looking at similar measures.

“Labour is in the concurrent list. The Rajasthan government has taken the decision and the President has also given assent. Our ministry is watching .. whether some more states will follow. States have to come forward and give incentives,” minister of state (independent charge) Bandaru Dattatreya had told The Indian Express earlier.

The labour ministry is also working on amendments to various laws that are likely to be taken up in 2015. While amendments to the Apprentices Act, 1961 and Labour Laws (Exemption from Furnishing Returns and Maintaining Registers by Certain Establishments) Act were cleared by the Parliament, amendments to the Factories Act,1948 are pending with the Standing Committee on Labour, which is understood to be finalising its report.