The global growth slowdown may weigh on the Indian economy going forward, through not just exports, but prices and liquidity as well. This would weigh on domestic credit and capex recovery. 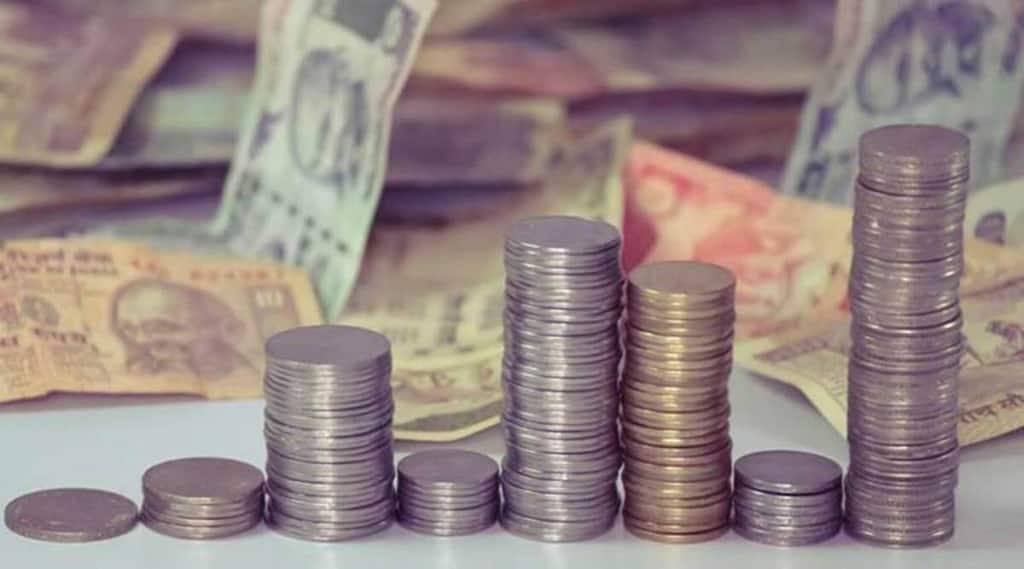 A significant tightening of financial conditions could potentially derail the economic recovery, which is still nascent in India, compared to rest of the world.

The global growth slowdown may weigh on the Indian economy going forward, through not just exports, but prices and liquidity as well. This would weigh on domestic credit and capex recovery, and the impact could be more on organised businesses and nominal variables such as taxes, earnings as they are more vulnerable to global slowdown, Edelweiss said in a research note. Globally, food prices remain elevated owing to drought-like conditions. The brokerage firm believes that this, in turn, could spill over to domestic food inflation as well, despite the government being proactive in taking steps to curb the same. “Higher food inflation augurs well for farm incomes, but may complicate policy-making challenges,” analysts said.

The Indian rupee has depreciated in 2022, hitting a lifetime low of 81.91 on Wednesday. Despite the fall, it is still one of the best-performing emerging market (EM) currencies due to RBI’s intervention. “The INR has outperformed EMs, despite losing its outperformance on growth. This, to a large extent, can be attributed to aggressive intervention by the RBI to defend the exchange rate. In fact, over the last one year, the reserve depletion by the RBI is one of the highest among EMs,” Edelweiss said, adding that RBI’s defence of the local currency is weighing on domestic financial conditions as surplus liquidity with the banking system has almost vanished. Healthy bank and corporate balance sheets offer some comfort though.

Further, aggressive rate hikes have resulted in significant flattening of the yield curve, which could weigh on credit demand going ahead. A significant tightening of financial conditions could potentially derail the economic recovery, which is still nascent in India, compared to rest of the world. On the household front, rural wage growth is still subdued, MSME recovery is very nascent and, in the formal space, non-IT sector is already seeing wage pressures. The IT sector is the only buoyant pocket of labour market, but could slow down going ahead given the export headwind. “Thus, at some stage, the RBI should prioritise domestic growth over INR (which is already overvalued),” the research firm said.

Erratic monsoon to weigh on output

On the agriculture front, monsoon has been uneven, and while the overall rainfall is 7% above long-term average, distribution is quite uneven, according to the analysts. While East India is facing a large deficit and drought-like situation, the southern peninsula and central India have seen excess rainfall. “The uneven rainfall is likely to weigh on Kharif output (down 4% according to advance estimates) with a large shortfall in rice (down 6% year-on-year). Pulses and oilseeds output is also expected to be flat. While rice stocks are abundant, lower output is likely to deplete them, analysts noted. “Hence, from a food stocks perspective, while they are still above buffer norms, there has been a reasonable amount of depletion since last year. Hence, adverse output can weigh on prices,” they said.

According to the Edelweiss report, Central government expenditure for the first four months of FY23 moved in a slow lane. Furthermore, details suggest that expenditure towards infrastructure remains strong, but rural and social spending remains weak. “While expenditure remains in a relatively slow lane, tax collections remain strong both on the direct and GST fronts. It remains to be seen whether tax collections sustain momentum as WPI cools,” it said.

Meanwhile, exports, which have led the recovery so far, are now slowing, and electricity generation, railway freight too are looking weak. However, bank credit has accelerated to over 15%, and some services-related indicators such as air traffic, petrol consumption are also holding up. “However, given gathering headwinds on liquidity, prices, and trade, we expect domestic credit and capex cycle to also run into resistance,” Edelweiss said.