Recently about 20 people living in some of Mumbai’s most elite residences in South Mumbai made their way to Congress leader Milind Deora’s office near Churchgate. 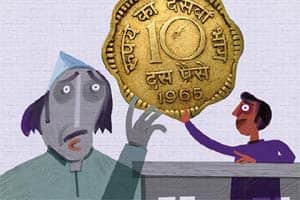 The Maharashtra Rent Control Act protects tenants of all buildings constructed before 1965, covering 23.16 lakh homes across Mumbai, with a majority being in the island city.

Recently about 20 people living in some of Mumbai’s most elite residences in South Mumbai made their way to Congress leader Milind Deora’s office near Churchgate. They huddled together inside a room to register their protests in even but stern voices. Around the same time, several residents from middle-income families living in old rundown buildings in Central Mumbai and some of the oldest parts of South Mumbai rallied on the streets behind Shiv Sena politicians, voicing protests.

In both cases, the residents had the same concerns. With the state government considering a change in the Maharashtra Rent Control Act, 1999, the residents were worried that this might lead to an exponential rise in their rent value. The Bharatiya Janata Party (BJP)-led government later hastily isolated the proposal, after a backlash from tenants and political opposition. As Mumbai inches closer to civic elections in February 2017, the city has been seeing a very different kind of divide, tenants versus landlords, breaking traditional barriers and uniting the rich and poor, elite South Mumbai residents with others, and even political parties that are poles apart in their ideologies.

“Whether it is a resident of a small house in Girgaum, Parel or Lalbaug or a rich family in Churchgate, this is an issue that is close to all our hearts. Even slum dwellers get free homes in Mumbai. Whereas, our families have been living here since our grandfathers and great grandfathers. We have been paying our rent and taxes. The government cannot overlook us and favour the landlords,” said Pandurang Sakpal, a Shiv Sena leader from Girgaum who lives in a tenanted building.

The Maharashtra Rent Control Act protects tenants of all buildings constructed before 1965, covering 23.16 lakh homes across Mumbai, with a majority being in the island city. The Act has frozen rents of these houses at pre-1965 levels, even as the market rental values of these areas are exorbitantly higher. For some tenanted houses built before 1940, the Act has frozen rents even at pre-1940 levels. Urban planners and activists have blamed the legislation for completely throttling the rental market in Mumbai, letting several buildings run into disrepair.

Following multi-party protests, including from BJP’s own leaders and the party’s ally, Shiv Sena, the government quickly changed stance saying it had no intentions of amending the Rent Control Act. But the tenants are now demanding conversion of their tenancies to ownerships.

Politically, the tenants’ body is crucial for all the major parties. Areas like Girgaum, Lalbaug, Parel and Dadar, having a number of small and mid-sized tenanted properties, have been Shiv Sena bastions. Entrepreneurs from South Mumbai, a number of who operate out of rented units, are BJP voters. The Congress too draws support from areas like Colaba, Mumbadevi and Byculla, which have a large number of rented buildings.

Laxmikant Biyani, a tenant in Sonawala Building on Marine Drive, said: “I don’t remember any issue in the past many years where all political parties have struck the same chord. It is clear. The parties that support the tenants’ movement will get votes.”

He added, the landlords are very few, with several owning about 700-800 houses each. “Dilution of the Rent Control Act against tenants will render several lakh people homeless and benefit a handful of landlords. We are not against landlords. We just want the government to find a solution that will benefit tenants, while compensating landlords,” he added.

Premal Lokhandwala, an affected tenant who lives in Kapur Mahal on Marine Drive, said, they are even ready to pay for conversion of their tenancy into ownerships, but not at the prevailing market rates.

“The market rates for our houses will be Rs 8-10 crore, which is unreasonable. The landlord had originally constructed the building for Rs 2.5 lakh. My grandfather’s salary was Rs 1,200 and he started living here for Rs 250. But we want to inform the government that we are not simply occupants. Other than the rent my monthly costs are Rs 10,000. We have been taking the onus of all charges — taxes, water bills, electricity, parking, security, maintenance,” he said.

Landlords, meanwhile, are fighting two cases in the Supreme Court against the state government with regards to rent and ownership under the Rent Control Act, with both cases underway for nearly 20 years now. Moreover, with all parties supporting tenants’ rights, landlords feel alienated with their interests hurt due to political factors.

BR Bhattad, executive president of Property Owners’ Association said, “They are simply politicising the issue for municipal elections in February 2017. But they are forgetting that property owners’ association is also a body of all landlords from different religions and communities. We are the people who are a part and parcel of Mumbai’s development. We created housing in the city and created a rental market.”

The association recently submitted a memorandum to the state government, supporting its earlier move of amending the Rent Control Act, and also pushing for a more effective policy to aid landlords in swift redevelopment of their older properties.