The Fed has a current rate target range of 2.25% to 2.5%, which doesn’t leave much room above zero given it cut by 500 basis points to fight the last downturn. 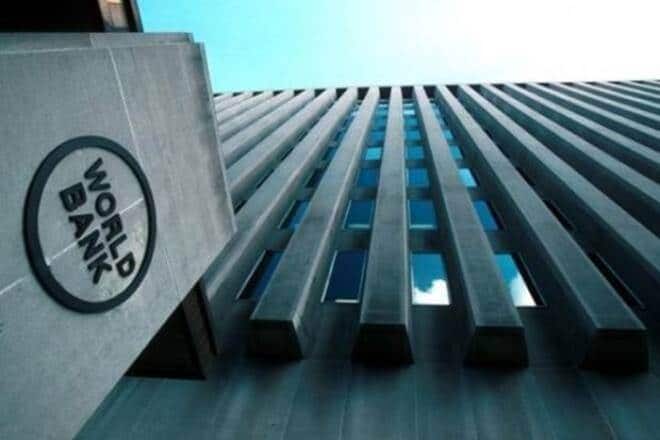 The World Bank lowered its 2019 growth forecast citing a slowdown in trade growth to the weakest since the financial crisis. (Reuters File photo)

Central banks are resuming their first-responder role as the world economy runs into trouble even if they lack the firepower they once had at their disposal.

With Australia cutting interest rates on Tuesday for the first time in three years and India likely to follow on Thursday, monetary policy makers are again seeking to shore up weak growth and inflation.

Federal Reserve Chairman Jerome Powell signaled an openness to loosening if necessary. Former Treasury Secretary Lawrence Summers wrote on Twitter that the Fed should cut by 50 basis points over coming months, if not more, to ward off recession risks.

And European Central Bank officials are poised on Thursday to at the very least agree on generous terms for new long-term loans for banks.

Stocks in Asia rose after Powell’s signal while Treasuries steadied. Japan led the charge, with the Topix index up more than 1.5%

The upshot is global monetary policy is turning looser just months after the Fed and many of its counterparts seemed intent on spending 2019 shifting away from the emergency settings of the past decade. An index by the Council on Foreign Relations shows monetary policy now at its easiest since 2014, while JPMorgan Chase & Co. reckons the average benchmark rate of developed nations will end this year looser than now, led by two Fed cuts.

That’s the outlook finance ministers and central bankers from the Group of 20 industrial and emerging economies face when they gather this week in the Japanese city of Fukuoka.

“The mood regarding global growth is likely to be distinctly gloomier than at the last G-20 gathering,” said Matthew Goodman, a former White House official now at the Center for Strategic and International Studies. “This could put pressure on finance ministries and central banks in major economies to inject new stimulus.”

The World Bank lowered its 2019 growth forecast citing a slowdown in trade growth to the weakest since the financial crisis.

Worryingly, officials will convene in the knowledge that they have less ammunition and monetary policy is not as potent as it once was. Since the 2008 financial crisis, analysts at Bank of America calculate central banks cut rates more than 700 times and bought $12 trillion of financial assets.

The Fed has a current rate target range of 2.25% to 2.5%, which doesn’t leave much room above zero given it cut by 500 basis points to fight the last downturn.

And it, at least, has hiked — the ECB and Bank of Japan never got to reverse their crisis-era reductions and rates are stuck below zero.

But with below-target inflation and slowing growth, investors are betting on action, and see two quarter-point cuts in the U.S. by the end of 2019. JPMorgan this week pushed back its prediction for when central banks across Europe will start tightening, and ABN Amro sees QE being restarted in the euro region next year.

In South Africa, the policy bias is shifting, with two of five panel members voting for a cut last month. Still, even after the economy shrank the most in a decade in the first quarter, Governor Lesetja Kganyago is adamant it’s not his job to boost growth, but control inflation.

“Price stability is a necessary condition for balanced and sustainable growth, but it is by no means a sufficient condition,” Kganyago in an interview on Tuesday.

Behind the global concerns and market jitters are President Donald Trump’s trade war with China and threats to expand it to include allies such as Mexico and the European Union. Morgan Stanley is warning that an escalation of the conflict between Beijing or Washington alone could tip the world into recession within nine months.

The trade war is not the only drag on demand. Cooling demand in China, tighter financial conditions and a dimming technology boom are also hurting. Manufacturing is now the weakest it’s been since 2012, according to a monthly report from IHS Markit.

The slowdown may lead some to argue central banks should have been quicker to normalize policy so they were better positioned to deal with a downturn. But policy makers reject such a strategy, arguing too-fast tightening would risk generating the very economic slump they want to avoid.

Policy Review
However, another round of loosening will fan the debate over whether they have the right strategy. Fed officials are meeting in Chicago this week to discuss potential changes to how they manage monetary policy, with at least one delegate advocating a more flexible approach to targeting inflation. Adam Posen, a former Bank of England policy, last month advocated all major central banks unite to boost their targets.

That’s all for the long term rather than the short term. The current situation may mean governments have to step up, though they are also constrained. Global debt is at $184 trillion, the equivalent of 225% of GDP, according to the IMF.

The dilemma is perhaps greatest in G-20 host Japan. Bank of Japan Governor Haruhiko Kuroda is again under pressure to act after exports fell for a fifth straight month and a planned sales-tax hike has drawn warnings it could cause a recession.

“As cyclical indicators have started to flash red, greater policy-coordination across the G-20 is urgently required to support demand,” said Frederic Neumann, co-head of Asian economics research at HSBC Holdings Plc in Hong Kong. “And yet, officials also confront the growing reality that buffers in individual economies have worn thin.”