Land acquisition ordinance has cleaned up a clause that could have allowed many displaced persons from Sardar Sarovar project to reopen their compensation cases. 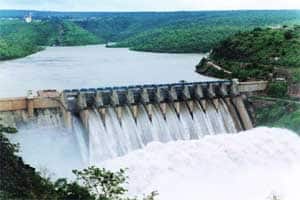 The land acquisition ordinance has cleaned up a clause that could have allowed many displaced persons from the Sardar Sarovar project to reopen their compensation cases.

The changes were understood to have been made in late night consultations among the Cabinet ministers on December 30, before it was sent to President Pranab Mukherjee the next day for his signature.

The original Act as passed by the UPA government had written in a clause (Section 24) under which if compensation has not been paid even after the state or Central government has decided on the award for a piece of land, the case would be decided under the new Act. The only proviso there was that there should be a passage of five years or more since the award was made.

The ordinance passed by the NDA government has effectively blocked this blanket route for revival of old cases by inserting a provision saying that a stay given by a tribunal would be excluded from the counting of five years.

While appeals from all land related disputes under the older 1894 Act or the present one lay with the high court, the Sardar Sarovar project was the earliest one where a tribunal was set up to decide on those cases because of the volume of appeals involved.

According to the Medha Patkar-led activist groups, the Narmada Valley Development Authority is “pushing ahead cases of cash disbursement in lieu of land. (But) there is a need to scrutinise all these cases within the framework of the Narmada Water Disputes Tribunal Award and that of the Supreme Court and high court orders. Thus, thousands of cases of disbursement are awaiting scrutiny”.

Commenting on the clause MR Madhavan, president of PRS Legislative Research, the New Delhi-based think tank which analyses all legislative work agreed. “The ordinance clause has covered up a loose end that could have built up fresh litigation,” he said.

The original draft of the ordinance had missed out this problem. The way section 6 was worded had only excluded the period of stay given by courts. “..in computing the period referred to in this sub section, any period or periods during which the proceedings for acquisition of the land were held up on account of any stay or injunction issued by any court…”.

The final wording added another sub clause “or the period specified in the award of a tribunal for taking possession”. The claims of those affected by the Narmada river project would have qualified under the terms of the “five year or more” grace period.

Former secretary, department of land resources Rita Sinha said the Land Acquisition Act of 1894 had allowed exclusion of the period stay, but the revised act of 2013 did away with this. “In my view the government has done the right thing now by bringing back this provision,” she said.

Because of the changes that involved other ministries including finance and law and justice, the note for the ordinance had to be put up afresh before the minister for rural development Chaudhary Birender Singh and then sent up for the Prime Minister’s assent.