Rice output to be hit, moderate drop in pulses production 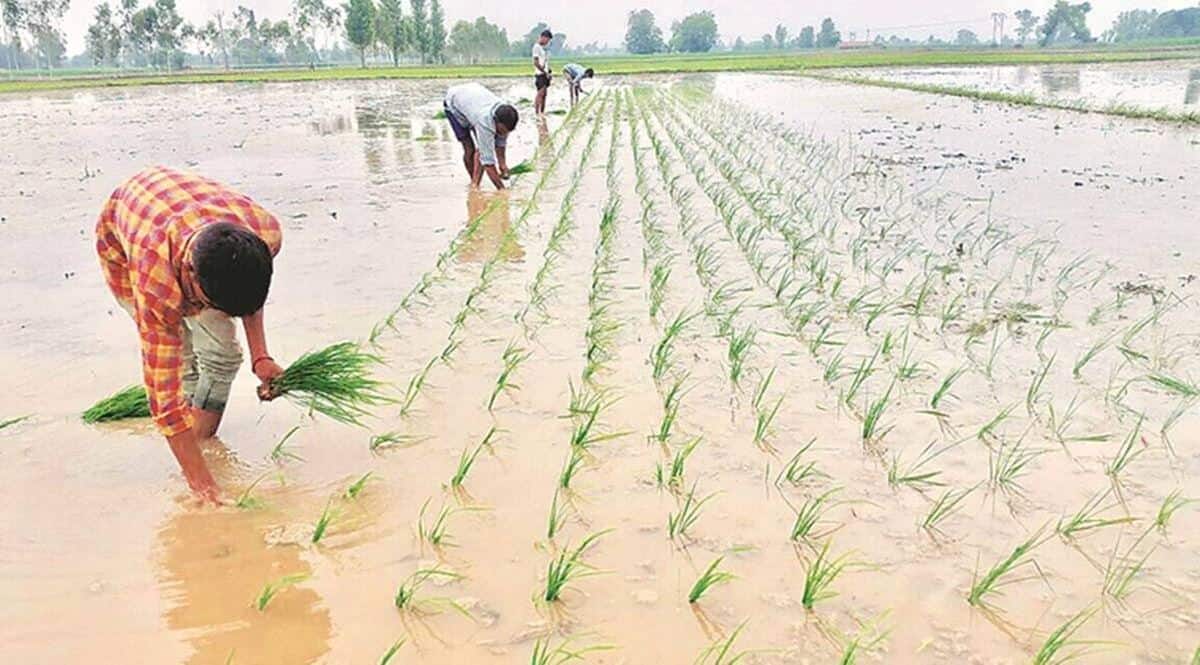 Paddy sowing has been hit mainly because of severe deficiency in monsoon rainfall against the benchmark in key states — Uttar Pradesh (-44%), Bihar (-38%) and West Bengal (-21%).

After consistently setting new records for six years in a row, India’s kharif foodgrain production is likely to witness a significant fall in the current year, owing to a big drop in paddy sowing area and marginal decline in area under pulses.

As of Friday, sowing of summer crops was 3.7% below the year-ago level, with the fall in paddy area being 12.3%. Area under paddy in West Bengal, the largest rice-producing state, was down 31% on year.

Paddy sowing has been hit mainly because of severe deficiency in monsoon rainfall against the benchmark in key states — Uttar Pradesh (-44%), Bihar (-38%) and West Bengal (-21%).

Lower paddy sowing has raised concern about rice production for the 2022-23 crop year (July-June) which would decline by at least 10 million tonne (MT) less than last year’s record level of 129 MT, according to trade estimate.

There are also concerns about a possible rise in prices of rice if kharif production declines as the season accounts for around 80% of the country’s rice production. This could have ramifications for already-elevated food inflation, which has shown some signs of easing of late, thanks to cooling global prices of edible oils and cereals.

According to agriculture ministry data released on Friday, overall paddy sowing area across the country was reported at 30.9 MH which was 12.4% less than year ago. Area under paddy sowing in West Bengal, the biggest rice producing state, was 2.4 million hectare (MH) till Friday, which was 31% less than the same period last year.

However, amongst the key producing states Punjab and Andhra Pradesh have reported marginally higher areas under paddy so far compared to previous year.

There are concerns about rice stocks with the Food Corporation of India (FCI) depleting to a 10-year low level by April, 2023 year, if the free ration scheme is extended to the second half of the financial year.

The government may have to impose some curbs on rice exports — though minimum export price or an export tax — if the scheme is extended. At present, however, the FCI has comfortable rice stocks of around 30.3 MT against buffer norm for July of 13.5 MT, excluding 14.4 MT of rice yet to be supplied by mills to FCI.

Kharif crops are sown in 108 MH and planting activities are expected to continue till the third week of August.

India imports about 56% of its edible oil requirement while around 15% of domestic pulses consumption is met through imports.

The cotton sowing has been up by 6% so far while sugarcane planting has been marginally higher than last year.

The cumulative rainfall received during June 1- August 12 was 597 mm, which was 8% more than the benchmark (above normal level) of 552 mm for the same period.

The south peninsula and central India have received 35%, 17% more rainfall respectively than the normal range. The rainfall deficiency in northwest India and east and north east regions has been 16%.

Meanwhile, the average water level in 143 major reservoirs in the country till August 11 was 12% more than a year ago, the Central Water Commission said. The water level was also 28% higher than the average of the last 10 years.