The government and the industry will map the skill sets of the workers to determine the kind of work that can be offered to them. 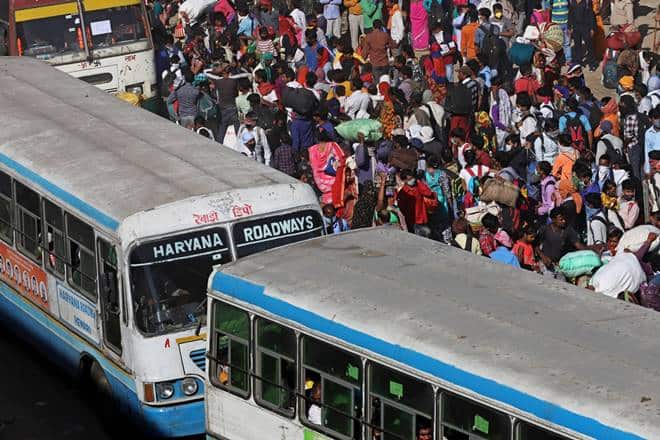 The chaos that the lockdown brought into the lives of lakhs of migrant workers in India may soon be taken care of as the government has planned to collaborate with the industry to bring the workers ineffective use. The government and the industry will map the skill sets of the workers to determine the kind of work that can be offered to them, reported The Indian Express. However, the unavailability of appropriate data is one of the major roadblocks that the government may face as the data sets include basic details such as Name, Account Number, Mobile Number, Aadhaar number, etc.

In order to overcome this roadblock, there are efforts being taken to fill up this information gap to feed the available worker pool to nearby industrial units as the industry bodies need more granular data to do so. Industry bodies such as the Confederation of Indian Industry (CII) are already working on a proposal to conduct a survey to assess the potential work opportunities for these migrant workers after partial relaxation was granted to industry for the resumption of work beginning April 20.

Data has been collected for 22 lakh migrant workers and more work is being done to update the database, said a senior labour ministry official to the paper. Even Labour Secretary Heeralal Samariya had said that the government has collected the data of migrant workers from states as well as districts and it is trying to find if the factories, builders have works to pass it on to the workers. Meanwhile, India has around 10 crore migrant workers and many people from the poorer sections of the population, especially from underdeveloped rural areas, migrate to urban economic centers in the search of an escape from poverty and unemployment.