Must Read
Muhurat trading 2022: Share market outlook positive for Samvat 2079; Infosys, SBI, Zee among top Diwali picks
Gold glitters for large jewellers on Dhanteras
In Pictures: PM Modi in Kargil to celebrate Diwali with soldiers, says, ‘All of you have been my family for years now’
Samvat 2079: Add spark to your investment strategy
Pause slide

Jammu and Kashmir: All you need to know about the new Union territory’s economy

Jammu and Kashmir has become a Union territory with its own legislature. One of the stated reasons for bifurcating the erstwhile state into two UTs is the lack of economic and social development. 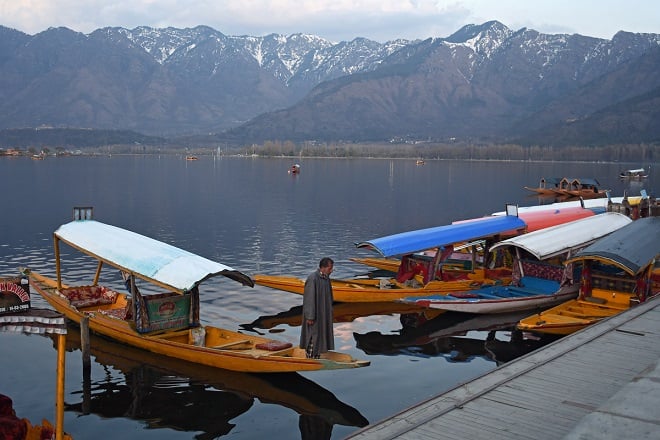 With a 56 per cent share, the service sector constitutes most of J&K’s economy. (Bloomberg image)

Jammu and Kashmir has become a Union territory with its own legislature. One of the stated reasons for bifurcating the erstwhile state into two UTs is the lack of economic and social development. The economic growth of the state of Jammu and Kashmir has been erratic in the past few years. State GDP growth rate has fluctuated between -3.2 per cent to 17.7 per cent in a matter of just two years, according to RBI data. The volatility is common for all major sectors of the economy such as industry, banking, construction, manufacturing, and agriculture.

J&K economy in a nutshell

With a 56 per cent share, the service sector constitutes most of J&K’s economy. Other two major sectors constituting the state economy are industry at 27.8 per cent and agriculture at 16 per cent. The tourism sector plays an important role in the state’s economy. The sector has huge potential for employment generation, even for unskilled manpower.
Tourism also caters to the allied sectors like handicrafts, handlooms, and transport. Despite the state’s unique and rich culture and heritage assets, the tourism sector accounts for only around 6.98% of the state’s GDP. Tourism in J&K is not even among the top 10 domestic destinations in the country on the basis of the number of tourist arrivals.

The state’s tax revenue rose by 78 per cent to Rs 11,190 crore in the last five years whereas the non-tax revenue surged by 100 per cent to Rs 5,750 crore during the period. Despite the increase in tax collections, the gross fiscal deficit of J&K has been estimated around Rs 7,720 crore for the year 2018-19, which has shot up by 69.6 per cent in the last five years, according to RBI data.

The erratic growth of Jammu and Kashmir can be attributed to the armed militancy in Kashmir valley in the past decade. The economy is also marked by low productivity in agriculture and allied sectors that have affected employment generation and growth in per capita income. Also, poor infrastructure has resulted in the undeveloped industrial sector. A lack of well-defined strategy, good governance, and sound fiscal management have further affected economic growth in the state.

The literacy rate in J&K is 67.16 per cent, according to the 2011 census data. The urban unemployment rate is 70 per cent, which is more than double the national average of 34 per cent. Currently, youth unemployment is one of the major challenges faced by the state of Jammu & Kashmir, says the Economic Survey report.