Jal Mahotsav to boost Madhya Pradesh tourism, find out how

After A successful first edition of Jal Mahotsav, the Madhya Pradesh Tourism Board has now turned the activity-based event into a month-long festival. 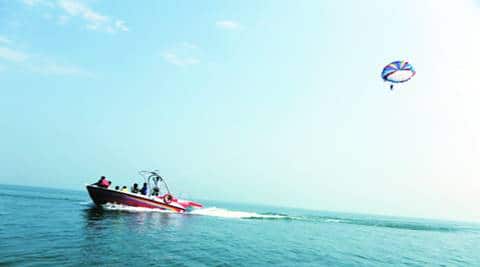 After A successful first edition of Jal Mahotsav, the Madhya Pradesh Tourism Board has now turned the activity-based event into a month-long festival. To start from December 15, it will be held in Hanuwantia, a small island near the Indirasagar Dam in Khandwa district, which is being promoted by the state tourism board as a water sports complex. The island will have tent accommodations and designated adventure areas for land activities such as kite flying, volleyball, cycle tours, etc.

Several water-based activities such as wind surfing, parasailing, water skiing, jet skiing, water zorbing and air activities such as hot air ballooning and para motors will also be organised just like last year. Talking about the new activities this year, Hariranjan Rao, managing director, Madhya Pradesh Tourism Board, says, “The main attraction this year will be the two houseboats, which have been built in the style of Kerala’s and Kashmir’s houseboats. The AC boats will have three rooms, a dining area and a pantry. The upper deck will be equipped to host a party/conference of about 40 people.”

Rao further adds, “With special permission from the state forest department, we will also have access to the nearby forest, which will serve as the island camping area for birdwatching, trekking and treasure hunts.” Punasa, a Indirasagar Dam site, is one of the manmade waterbodies in Asia. Due to Narmada dam’s backwaters, more than 100 islands have emerged in the area, which will be pursued as adventure destinations by the Madhya Pradesh tourism board.

Cruise and motorboat facilities have been organised to transport people to the island. Special security arrangements have been made in order to ensure the safety of the tourists, as the event has been extended to 20 more days than last year.

The nearby attractions are cultural cities like Omkareshwar, Maheshwar, Indore, Mandu and Mandaleshwar. The best way to reach Hanuwantia by air is to reach Indore and then commence the three-hour-long journey to the island. The nearest railhead is Khandwa, which falls on the Delhi-Howrah and Mumbai-Howrah line.