‘Issue of differentiated responsibilities should be resolved’

In a strong message to developed nations which are historically responsible for global warming, India today… 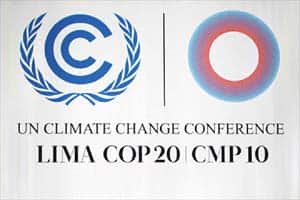 In a strong message to developed nations which are historically responsible for global warming, India today said the “very critical issue” of “differentiated responsibilities” should be resolved to reach an agreement on climate change.

A day after France, the host nation of the UN climate conference in Paris later this year, made an impassioned plea to the world to “agree on major issues” before meeting, a top climate official said India was not against a “universal action” to fight climate change but asserted that “it cannot be equal action”.

“This agreement is going to be evolved under the United Nations Framework Convention on Climate Change (UNFCCC). We must keep in mind that the convention is not being negotiated.

“What is being done is that the new agreement which is going to evolve and come out in Paris is going to replace the Kyoto Protocol. Since the convention remains, what India and most of the developing countries looking for are retention and reiteration of principles of equity, common but differentiated responsibilities and respective capabilities,” Additional Secretary of Environment Ministry, Susheel Kumar, said.

Participating in a ministerial session at the 15th Delhi Sustainable Development Summit (DSDS) organised by the Energy Resources Institute (TERI) here, Kumar said the principle of CBDR which directs developed countries to the lead in process of mitigating climate change “in a way being diluted.”

“Now we are looking at universal action. We are looking at contribution of each country in the form of what is being called Intended Nationally Determined Contributions (INDCs). All the 195 countries have agreed.

“Let’s not have action only on the part of some nations although they created problem. Let it be a universal action but it cannot be equal action.

So the issue of differentiation is very critical. So that has to be resolved (to ensure that) every country is on board,” he said.

Addressing the summit yesterday, French Foreign Minister Laurent Fabius, who is the President of the twenty-first session of the Conference of the Parties (CoP 21), had asked political leadership all across the world to act in “collective spirit” to arrive at a “universal and meaningful agreement” to limit global warming to below 2 degrees Celsius.