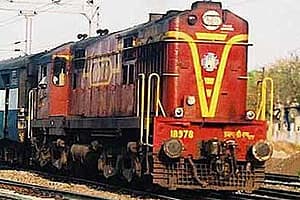 Western Railway and green toilets: In order to achieve zero discharge of human waste on the tracks, Western Railway (WR) today said it has provided bio-toilets in 468 coaches so far and plans to install more of these in a phased manner.

What started out as a leap for Railways into the elite semi-high speed train club is turning out to be a tiny crawl.

The flagship Gatimaan Express between New Delhi and Agra, to be launched as India’s fastest train service at a top speed of 160 km per hour, will in fact be only a few minutes quicker than — if not just about as fast as — the first Shatabdi Express launched as the fastest train in India 28 years ago.

The first Shatabdi Express, rolled out between New Delhi and Jhansi in 1988 by then railway minister Madhavrao Scindia to commemorate the centenary birth celebrations of Jawaharlal Nehru, took 115 minutes to reach Agra, Railway archives show.

The Gatimaan Express, with three decades worth of advancement in railway technologies and a good two years of work into it, would take 113 minutes to reach the Taj Mahal city — as per its latest, and what is being touted as its final, trial before launch.

At its inception, it was planned that Gatimaan would cover the Delhi-Agra distance in 90 minutes. This was significantly lower than the 117 minutes the Bhopal Shatabdi — currently the fastest train with top speed of 150 kmph (permissible up to 155 kmph) — takes between the two cities.

While the aim was later revised to under 100 minutes, in subsequent trials, the Gatimaan timing between the two cities was further stretched to 105 minutes, as per records reviewed by The Sunday Express. Of late, the Railways had been aiming for 110 minutes — just a seven-minute gain from the Bhopal Shatabdi.

While March 31 was a tentative launch date for the semi-high speed train, that could not be put off now till all the glitches have been weeded out and the Gatimaan is able to clock a time less embarrassing than what it is doing.

Last year there had been talk of Prime Minister Narendra Modi flagging off the train.

Officials involved with the project say that the reasons the Railways is struggling to bring down the travel time — despite 28 years of technical advances, an engine capable of clocking 200 kmph and a train carrying less coaches than a traditional Shatabdi — are not technical. They are much more basic.

The fundamental flaw in planning was the assumption that the train could maintain a speed of 160 kmph for most of its journey on a track which is not even an exclusive corridor.

In fact, the 195-km stretch from New Delhi to Agra has 19 ‘caution points’. Which means that 19 times during its short run, the train needs to reduce its speed, sometimes to as low as 60-70 kmph, even if for a few seconds. This is after weeding out of many more such traditional caution points on the route for the train. The Gatimaan loses 1.5-2 minutes each time it decelerates and then accelerates again.

The majority of the caution points involve curves, bridges and populated sections. And then there are dynamic caution points as well on account of ongoing works. Curves eat into time, while populated areas have heavy speed restrictions imposed by the Commissioner of Railway Safety (CRS).

“Wherever in the world you see high-speed trains, they are on straight tracks. They avoid curves. But that’s not the case on this route. And each curve takes away speed,” A K Mital, Chairman, Railway Board, told The Sunday Express.

The Railways could still set a strict 90-minute target for the Gatimaan, he added, if it departed from Hazrat Nizamuddin Station in the Capital instead of New Delhi. “But then that’s not the same as starting it from New Delhi, which is the prime station of the Capital. The train loses around 10-15 minutes only to go to Nizamuddin from New Delhi. So from New Delhi we are aiming for 110 minutes,” he said.

Another major hurdle is the Mathura Yard of the Railways that is enroute. The signalling system there needs to be upgraded and made more seamless for the train to not slow down too much.

The Railways has been generous with funds for the track and signalling upgrade already carried out for the prestige product. The Northern Railway, that manages just a 58-km stretch between Delhi and Palwal, has spent Rs 60 crore so far and is slated to spend another Rs 15 crore. The North Central Railway has spent much more.

Former Railway Board chairman Arunendra Kumar, who conceived the project, said while the 90-minute target was “well within reach”, factors came in the way. “We are dealing with numerous speed restrictions because we wanted to gain the top speed speed in the existing infrastructure without compromising safety.”

In fact, the approach of the CRS, a watchdog under the Civil Aviation Ministry that needs to clear every rail project, has been criticised from the word go. Among the conditions it laid down was speed restrictions and insistence on fencing of the tracks.

Kumar says the CRS has been sceptical and conservative because like the Railways, it too has no prior experience of clearing high-speed services. “At one point we even proposed to the Chief CRS to go on a familiarisation trip to a high-speed railway abroad so that he is better informed about what we intend to do here,” he says.