New Delhi is poised to benefit from the nuclear deal between Iran and the six world powers, which could drive down the price of crude oil. 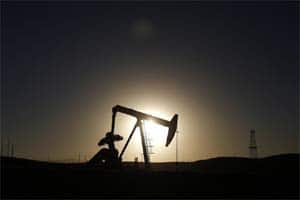 New Delhi is poised to benefit from the nuclear deal between Iran and the six world powers, which could drive down the price of crude oil. India, which had drastically cut oil imports from the sanctions-hit Iran,  may now look at sourcing more crude oil from the western Asian country if it  offers a ‘better price’ and let India monetise the prolific Farzad B gas field, sources here said. The deal struck in Vienna on Tuesday could see an easing of sanctions against Tehran and a gradual increase in its oil exports. Here are 7 points of note:

2. Prime Minister Narendra Modi’s luck seems to be holding. Having come to power at a time the global commodity markets were subdued, his government has been able to reap the benefits of a lower import bill, which reflected sanguinely on the current account and on government finances. And now the NDA is poised to benefit from the nuclear deal between Iran and the world powers.

5. Pricing of crude oil from Iran would be an important factor in a scenario where other OPEC sellers are offering price discounts to Asian buyers. In the near term, the India’s refiners should also benefit from discounts from Middle Eastern oil producers, as OPEC focuses on market share. Asian refineries, which are large consumers of West Asian oil, have enjoyed price discounts in recent months. On average, crude oil imports into Asia were at $5/barrel lower than for European countries in February, according to International Energy Agency (IEA). This was the largest discount since March 2011, in contrast with 2014’s average premium of $3-4/barrel.

6. Industry watchers in New Delhi indicate that it may be a right time for Modi government to push Tehran and ensure that Hassan Rouhani-led government allow ONGC Videsh Ltd (OVL) sign the contract giving rights to develop the Farzad B gas field.

7. Energy deficient India, which imported $125 billion worth of crude oil and products in FY15, is making strong efforts to secure contracts to monetise prolific Farzad B gas field in Iran. Of late, Iran has been wanting to auction the field rather than giving it to the Indian explorer. Iran is clear that “earlier discussions were a closed file.” Iran also said that perhaps India is negotiating with different gas-prolific countries such as Qatar to get a good price and not very keen to invest in Farzad B fields that require huge investments. The Farzad B field, estimated to have 21.68 trillion cubic feet (tcf) of gas reserves, was discovered by OVL in 2012, but no formal contract to exploit the resources has been signed till date. US sanctions on Iran prevented both sides from making any headway in commercial exploitation of the reserves, with each blaming the other for the delay.