With Parliament finally passing the Insurance Bill on Thursday, paving way for foreign direct investment cap of up… 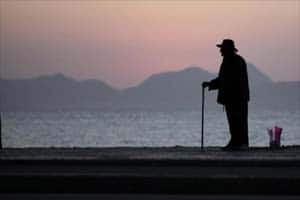 With Parliament finally passing the Insurance Bill on Thursday, paving way for foreign direct investment cap of up to 49% from the earlier 26%, domestic companies having joint ventures with foreign players have already started chalking out plans to hike the foreign investment.

The first such announcement has come by Sunil Mittal’s Bharti Group, which has stated that its foreign partner, the Paris-based Axa will now increase its equity to 49%. Mittal said that Bharti will soon move the application to the Foreign Investment Promotion Board (FIPB) as per the new FDI guidelines.

Similarly, the Analjit Singh-led Max Group, which has a JV with the UK-based Bupa in the healthcare segment, said it will stick to its intent of raising the foreign investment in Max Bupa. “Our health insurance JV partner Max Bupa has already announced their intent to increase their stake in Max Bupa from 26% to 49%,” Rahul Khosla, MD, Max India and chairman Max Healthcare, said.

Regarding the life insurance business run by Max India, Khosla said the company is in a “sweet spot” as it is uniquely placed in the industry since it has no pre-committed contractual obligations to dilute its stake. “We therefore have the flexibility to make the right choices at the right time and at the right valuation. All options are open for us and we will carefully evaluate these to optimise our position”.

For life insurance, Max is in JV with Mitsui Sumitomo Insurance Group of Japan.

When asked by a business news channel whether Mitsui could exit and Max could get somebody else on board, Group chairman Analjit Singh said, “That is Mitsui’s call… They have been a very friendly, supportive partner. I would be sorry to see them go, but I don’t know what they are thinking. They have said that we would like to leave the topic open for conversation, we have said very well. So I am not expecting or anticipating or even hoping that they would leave but we have got headroom and we are not by our contract not obliged or committed or contracted to reserve or give them a first option for 23%. They know that very well. That was understood at the very initial stages of our joint venture. So we are open and free and obviously we will do our best for what is best for our shareholders.”

Anil Ambani-led Reliance Group’s, Reliance Capital has also stated its plan of raising foreign equity. “We will be initiating dialogue with our partners in life insurance for increasing their stake and also hope to close the partners for our general insurance and health insurance businesses soon” Sam Ghosh, CEO, Reliance Capital, said.

Experts say the development will make domestic insurers with foreign partners to revisit their long-stalled IPO plans and the combined effect of all this would be a significant improvement in insurance penetration in the country, which is at a dismal 4% at present.

Foreign insurance majors such as AIG, Standard Life and MetLife, Sun Life Financial, Prudential,  Nippon Life Insurance, Generali, Allianz and Aegon already have joint ventures in the country. In the past, the delay in hiking the cap had forced Australia’s AMP and New York Life to exit the country.

RV Verma, whole-time member, Pension Fund Regulatory Authority, said that the increase in foreign investment cap will also create greater interest in the nascent Indian pension sector. “At the moment, there are eight Pension Fund Managers under New Pension Scheme. We expect more players to enter the sector with foreign joint venture partners which will help bring in expertise and technology to the sector.”