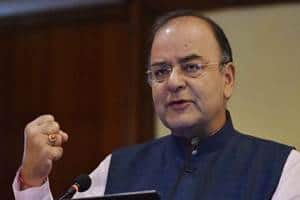 United States envoy to India, Richard Verma, on Thursday praised Union Finance Minister Arun Jaitley as both houses of Parliament passed the Insolvency and Bankruptcy Code, 2016, seeking to improve the ease of doing business in the country by enabling banks to wind up companies faster.

The Lok Sabha passed the Bill earlier on May 5.

This is considered as the biggest economic reform next only to GST, the Ministry of Finance said in a statement.

The objective of the new law is to promote entrepreneurship, availability of credit, and balance the interests of all stakeholders by consolidating and amending the laws relating to reorganization and insolvency resolution of corporate persons, partnership firms and individuals in a time bound manner and for maximization of value of assets of such persons and matters connected therewith or incidental thereto.

Such consolidation will provide for a greater clarity in law and facilitate the application of consistent and coherent provisions to different stakeholders affected by business failure or inability to pay debt.

The Insolvency and Bankruptcy Code is a comprehensive and systemic reform, which will give a quantum leap to the functioning of the credit market.

It would take India from among relatively weak insolvency regimes to becoming one of the world’s best insolvency regimes. It lays the foundations for the development of the corporate bond market, which would finance the infrastructure projects of the future.

The passing of this Code and implementation of the same will give a big boost to ease of doing business in India.