Analysts warned that inflation would become broad-based this fiscal, across fuel and core inflation. They noted that the spike in inflation is despite the limited pass-through so far of producer costs. 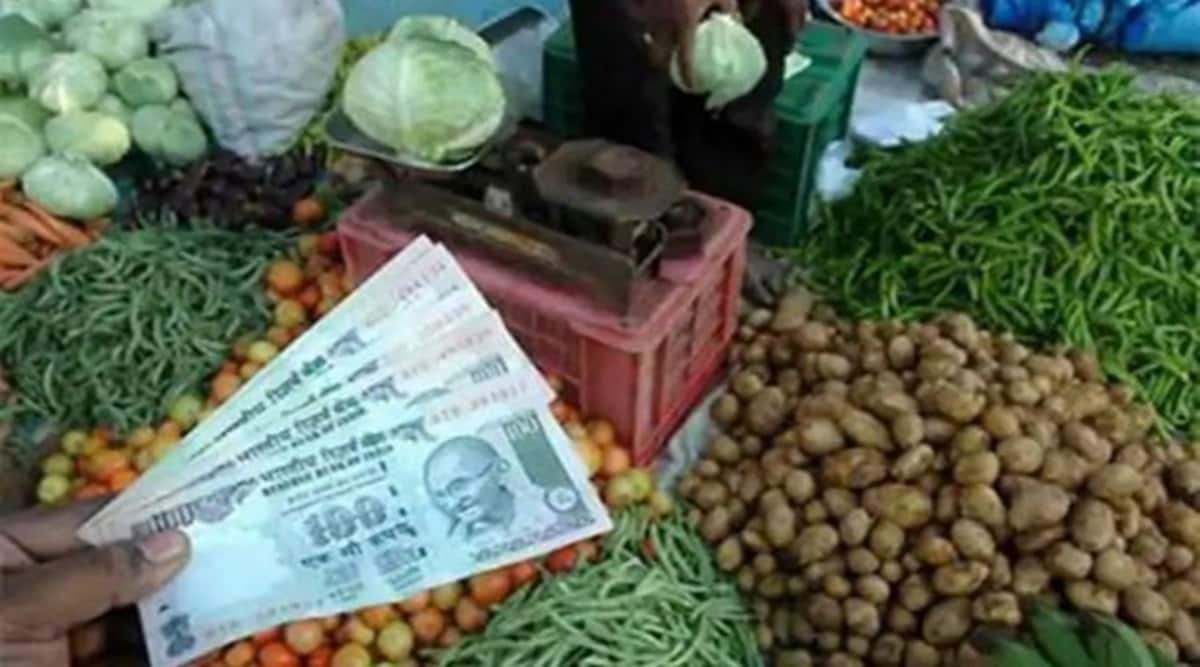 The month-on-month build-up in retail inflation was more pronounced in urban India than in the rural sector, with a 2% sequential rise in CPI-food and 1.62% rise in overall CPI.

Inflation based on consumer price index (CPI) touched an eight-year high of 7.8% in April, giving credence to the view that the Reserve Bank of India (RBI) should have started the rate hike cycle much earlier. Last week, the RBI hiked the repo rate by 40 basis points to 4.4%.

Analysts warned that inflation would become broad-based this fiscal, across fuel and core inflation. They noted that the spike in inflation is despite the limited pass-through so far of producer costs.

Also, food inflation might come in at even higher levels in the next few months, given the rising costs of farm inputs like fertilisers, surging international crop prices and extreme weather-related disruptions. The weakening of the rupee will add to the imported cost of crude and commodities.

Besides, the government is set to announce higher minimum support prices (MSPs) of kharif crops in early June, in keeping with the formula that farm gate price must be paid-up costs plus at least 50% profits.

The finance ministry, however, said on Thursday that measures taken by the RBI and government will squeeze the duration of high inflation, fuelled by global factors. “While inflation is expected to be elevated in 2022-23, mitigating action taken by the government and RBI may reduce its duration. Evidence on consumption patterns further suggests that inflation in India has a lesser impact on low-income strata than on high-income groups,” the ministry’s monthly economic review said.
“We expect overall CPI inflation to rise to 6.3% in fiscal 2023 compared with 5.5% in the previous year,” Crisil Research wrote, and predicted the RBI would raise repo rates by another 75-100 bps in the rest of this fiscal year.The agency expects a 4-5% increase in cost of cultivation this year, which will spur MSPs by 3-5%. Wheat, edible oil and cotton will likely see a steeper rise in MSPs, it said.The month-on-month build-up in retail inflation was more pronounced in urban India than in the rural sector, with a 2% sequential rise in CPI-food and 1.62% rise in overall CPI.

“The surge in the CPI inflation has clearly justified the off-cycle rate hike last week, and significantly raised the likelihood of a back-to-back rate increase in June 2022,” Aditi Nayar, chief economist at Icra, wrote.Sources had said on Wednesday that the RBI would revise its inflation forecast upwards in its June review. In April, it had raised its inflation forecast for FY23 to 5.7% from 4.5% that was firmed up before the Ukraine war, with a Q1 forecast at 6.3%.

“We see a higher base softening the May 2022 CPI inflation print, although it will remain above 6.5%,” said Nayar, adding that there was a high likelihood that the RBI will raise the repo rate by 40 bps and 35 bps, respectively, over the next two policies to 5.15%, followed by a pause to assess the impact of growth.

According to Nayar, the early data for May 2022 revealed a continued sequential uptrend in the average prices of edible oils, atta and wheat, reflecting the fall-out of global supply disruptions triggered by the geopolitical conflict, including the palm oil export ban by Indonesia. Moreover, there has been an uptick in the average prices of some vegetables (tomatoes, potatoes, ginger, etc.), iodised salt and fruits (apples, papaya, etc) in the ongoing month, even as the prices of pulses have eased, relative to April 2022, she noted.

“Prices of wheat and sugar (India’s major exports) and vegetable oils (a major import) have skyrocketed in the wake of the Russia-Ukraine war. The recent ban on palm oil exports by Indonesia may make already expensive edible oils even costlier,” according to Crisil Research.

It added that as crude prices are expected to stay elevated through the fiscal, Brent crude would average $94-99 per barrel in calendar year 2022 (up 33-40% on year), or even higher if the geopolitical tensions continue. “We estimate every $10 per barrel rise in Brent crude would raise headline CPI by ~40 basis points.”