He said that on the merchandise front also, exports are so far registering healthy growth despite the world being under recession, huge inflationary pressure , and overstocking of various commodities. 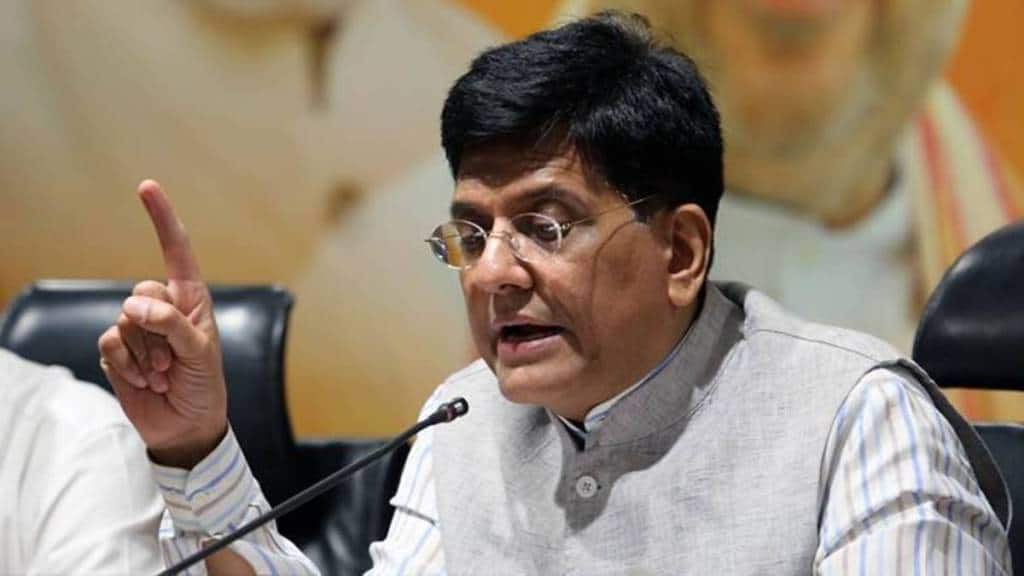 The country’s services exports are doing “extremely well” and going by the current trend these outbound shipments would register about 20 per cent growth in this fiscal and cross the USD 300 billion target despite global economic uncertainties, Commerce and Industry Minister Piyush Goyal has said. He said that on the merchandise front also, exports are so far registering healthy growth despite the world being under recession, huge inflationary pressure , and overstocking of various commodities.

With all these stress, where every global leader is talking of “very” tough times, India’s exports rose 9 per cent year-on-year during April-December 2022-23. “On services though, we have done extremely well. On services we are probably going to do at least a 20 per cent growth and by the current trends, we will exceed the target of USD 300 billion this year.

“So all in all, it will be a very very satisfying year, given the global headwinds and the stress that is reported from almost every part of the world,” he told reporters here, adding the government’s structural reforms and steps like Make in India and Digital India are yielding fruits.

During April-December 2022-23, overall exports rose 9 per cent to USD 332.76 billion while imports increased 24.96 per cent to USD 551.7 billion. Trade deficit during the nine-month period widened to USD 218.94 billion as against USD 136.45 billion in April-December 2021-22. In last fiscal year, the country’s merchandise shipments touched an all-time high of USD 422 billion.

According to the data of the commerce ministry, the estimated value of services export in April-December 2022 is USD 235.81 billion as compared to USD 184.65 billion in the year-ago period. In 2021-22, these exports touched an all-time high of USD 254 billion.

India’s exports contracted 12.2 per cent to USD 34.48 billion in December 2022, mainly due to global headwinds, and the trade deficit widened to USD 23.76 billion during the same period. The minister said individual months have seen some ups and downs, but overall the exports sector is doing well so far despite global economic uncertainties.

“Clearly, we cannot sustain that kind of momentum given the difficult times, but we are on it. Here also, I have spent three hours with export promotion councils on video conferencing. All of them have committed to me that they will be pushing this quarter for maintaining this (exports growth) momentum to the best of their abilities. But yes it is not an easy time, it is a tough time. But we still feel confident that we will be able to maintain (growth momentum), if not do better than last year,” Goyal said.

If the US, Europe and China pick up a little bit, then “we may actually” grow this year as well, he added. Asked if the exporting community expects some support measures, the minister said the government is always there for the sector if they face any problem.

Replying to a query whether the government would hike customs duty on certain products to cut imports of non-essential goods, he said India does not make any knee-jerk decisions and it believes in stable and predictable policies in the long run. “Our effort is more to develop the manufacturing base of India, which is why the PLI (production linked incentive) scheme is so successful and popular,” he added.