India’s fuel consumption to be higher in 18 months: Moody’s

Indian Oil Corp (IOC) and Bharat Petroleum Corp Ltd (BPCL) have reduced their debt levels over the past 12 months. 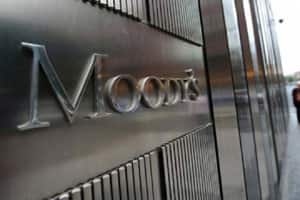 Projecting Indian economy’s growth at 7 per cent in the current fiscal and 7.5 per cent in the next one, Moody’s Investors Service today said GDP growth and low oil prices will lead to higher fuel consumption over the next 18 months.

“We expect the Indian economy to grow at a faster pace, with GDP growth for the fiscal year ending March 2016 at 7 per cent and 7.5 per cent for the following year,” it said in a report titled ‘Refining and Marketing – Asia Outlook Stable on Modest EBITDA Growth, Easing Supply Overhang’.

Improving economic growth along with low oil prices will support higher consumption of refined petroleum products in India over the next 18 months, it said.

Refined products demand grew 6.7 per cent year-over-year in April to August 2015, significantly better than the 2 per cent growth rate achieved in the fiscal year ended March 2015.

Indian Oil Corp (IOC) and Bharat Petroleum Corp Ltd (BPCL) have reduced their debt levels over the past 12 months.

“The economic slowdown in China, industry cyclicality and capacity overhang continue to pressure Asian refiners, despite our stable outlook. We could change our outlook to negative if net refining capacity additions in Asia materially outpace growth in demand, such that our projected EBITDA for the industry declines by more than 10 per cent; or if demand from China and India contracts,” it said.

Moody’s said it would consider a positive outlook if regional demand overwhelms capacity additions such that
refining margins exceed USD 8 per barrel on a sustained basis; or if Iranian sanctions are lifted such that low Brent crude prices in the USD 50 per barrel range become the new norm, leading to raise EBITDA growth forecast above 10 per cent.

A stable industry outlook indicates that conditions are not expected to change significantly.

Moody’s estimated that 300,000 barrels per day of new capacity from IOC’s Paradip refinery and 112,000 bpd from expansion of Bharat Petroleum Corp Ltd’s (BPCL) Kochi refinery will come online through 2016.

“We anticipate the current wave of capacity additions will reduce refiners’ production costs and boost refining complexity. This capacity to produce more higher-value distillates per barrel of crude oil will also amplify supply
pressure,” it said. It also expects that the region’s improved supply-demand balance would encourage regional refiners to keep refinery utilisation rates stable over the next 18 months amidst increasing capacity.

“At the same time, we believe capacity rationalisation which began over the last two years will continue to benefit
the R&M sector. We expect regional refiners may continue to cancel, scale back or delay their projects through 2016-17, which will further ease supply pressures,” Moody’s said.

IOC’s Paradip refinery was originally scheduled to commence production in 2012 but is now expected to come
on-stream only in late 2015.

“We also expect further capacity cuts of 0.2 million bpd through 2016, mainly from closures in Japan, Taiwan, and
small, independent teapot refineries in China,” it said.

Without government protection or support, refineries of a small scale and low complexity tend to be most susceptible to margin compression and often face the highest risk of closure.

Faltering demand in Asia likely means that demand growth will only match or marginally exceed capacity additions in 2016.

“In particular, Chinese refiners have been ramping up capacity to reduce the country’s import needs and increasing export volumes across product types to alleviate the country’s supply build-up, putting further pressure on  oversupplied markets in the region,” it said.

Moody’s expects Asian refining margin to stay largely flat in 2016 following its expectation of a USD 1.5 per barrel year-on-year improvement in 2015, as the sharp decline in oil prices reduces both feedstock costs and selling prices for the petroleum products, which in turn supports demand.

As a result, the Singapore complex – the Asian benchmark for gross refining margins – was exceptionally strong in the first half of 2015 but started to moderate from July due to increased supply and softened demand growth.

“We expect recent gains in margins will ease such that Singapore complex refining margin averages a healthy USD 7-7.5 per barrel in 2016. The projections are based on our Brent oil price assumption of USD 55 per barrel in 2015 and USD 53 per barrel in the following year,” Moody’s said.

The lower crude price environment will reduce refiners’ feedstock costs and minimise working capital requirements in 2016. Lower working capital consumption and healthy earnings will in turn boost cash flows from operations, which can be used to reduce borrowings.

It said: “Indian refiners IOC, BPCL and Hindustan Petroleum Corp Ltd (HPCL) have seen a decline in debt levels
over the past 12 months, which has improved their credit quality. In addition to low oil prices leading to lower
working capital requirement,the decline in borrowings is also attributable to lower under-recoveries on the sale of
petroleum products.”

Moody’s expected the Brent crude price to stay largely flat in 2016 from USD 53 per barrel in October 2015 and did
not anticipate refiners to be hurt by further inventory valuation losses next year.