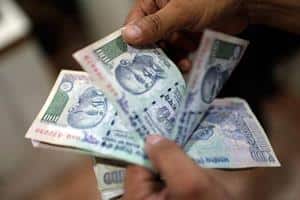 Average wealth of an Indian surged by 400 per cent in 10 years to 2015 while that of an European citizen declined by 5 per cent during the period, says a report by New World Wealth.

The report said that in emerging markets such as India, China and Vietnam, average wealth has gone up by over 400 per cent during the 10-year period (2005-15).

This compares poorly to other developed markets as the average wealth of a person in Australia has increased by over 100 per cent and in Canada by over 50 per cent in the same period.

One of the major issues that has deterred wealth creation in Europe is migration of wealthy people out of Europe (mainly to countries such as USA, Canada, New Zealand, the Caribbean and Australia).

The global financial crisis in 2008 and the related housing crisis, had also heavily impacted on the wealth of most European citizens.

Other reasons being, rising income tax rates, which deterred new business formation and loss of jobs to Asia, particularly in the manufacturing sector and inability of certain countries to handle large pension obligations (like Greece).

Going forward, Europe is expected to continue to lose primary sector jobs to Asia, particularly to emerging countries such as: China, India, Sri Lanka, the Philippines and Vietnam. The also expect that the exodus of wealthy people out of Europe will continue and even accelerate in many cases.

In terms of wealth growth, certain Eastern European countries such as Poland is likely to perform well, the report said and added that “we do not expect much growth to come from Western and Southern Europe – in particular, large European economies such as Germany, the UK, France, Italy and Spain will struggle.”

The report refers ‘Wealth’ as net assets of a person. It includes all their assets (property, cash, equity, business interests) less any liabilities.