A control room has been setup by REMCL and it will allow scheduling of power close to its actual load requirements. 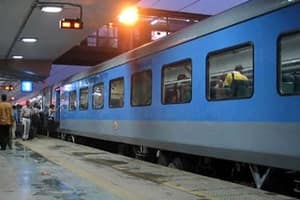 Railways have adopted innovative techniques in the last two years which resulted in savings of hundreds of crores. (Reuters Photo)

In a bid to reduce energy bill, Railways has set up a centralised control room to improve scheduling of power being procured by the public transporter.

Railways has started drawing power as a deemed distribution licensee at a lower tariff in Maharashtra, Madhya Pradesh, Gujarat, Jharkhand and partly in Uttar Pradesh.

Railway Energy Management Company Limited (REMCL), a joint venture of the Railways and RITES Limited, has been formed to draw power as deemed distribution licensee in several states.

Inaugurating the control room, Railway Board Member (Electrical) A K Kapoor, said these efforts will go in a long way to change the business as usual mode of availing power in Railways and in due course of time will lead to maximising the benefits on power tariffs. The control room has been setup by REMCL and it will allow scheduling of power close to its actual load requirements.

According to Railways, supply of power in these states is likely to commence shortly and this has already resulted into significant saving to the public transporter and will continue to result in further savings.