Indian Economy: Slow and Steady is a Winner all the way!

As the world wakes up to the New India, are we as domestic investors ready to ride the opportunity wave that surely and truly presents today? 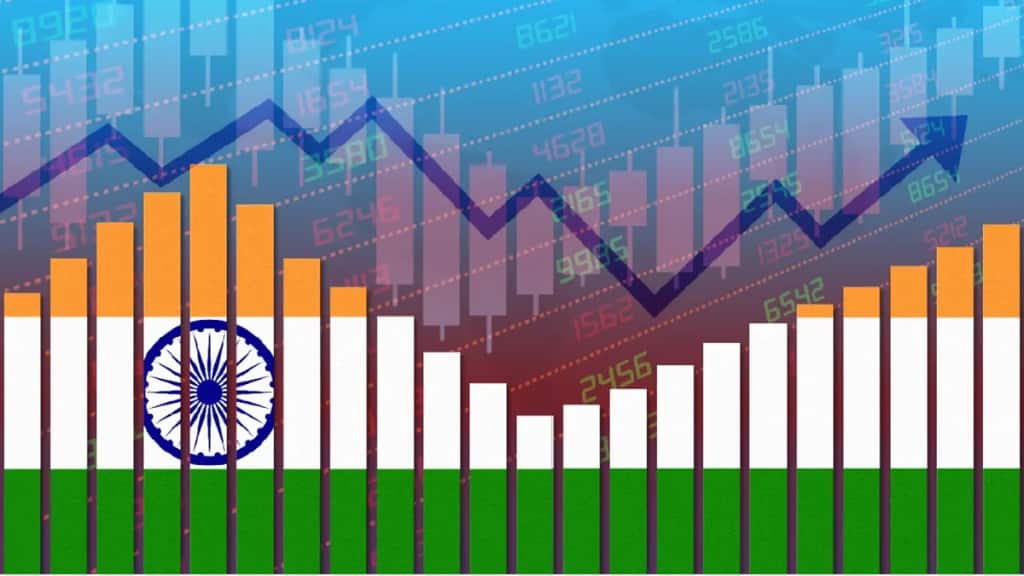 The journey of the Indian market reminds me of a story of the Hare & the Tortoise that we read in our childhood. The tortoise, with its steady albeit a slow pace manages to beat the fast and nimble footed hare! The status of Indian economy has been like the poor second cousin to more successful Economies of the world. Even amongst the emerging markets, we have been like, “Almost there, but not yet” types! Despite being a nation with the youngest work force and despite leading most multinational global companies from the top, when it comes to economic growth, the developed world has been quick to dismiss us on the pretext of the slightest deviation from what is perceived as the true-blue blooded economies like the USA.

The reasons could be any; inflation, corruption, difficult to do business or unemployment to name a few. The last few years have seen the tide turn under strong governance and stable policies. This has translated into a slow but steady positive impact in the form a new India that is determined to occupy its long overdue and well-deserved seat amongst the best. At the end of August 2022, India moved to the second spot in the MSCI emerging market index with a weight of more than 14% second only to China. MSCI emerging markets is a selection of stocks that is designed to track the performance of top performing companies in the emerging nations that have being growing at a fast pace.

The MSCI India Index has outperformed the MSCI emerging markets by 27% in the past 12 months. The FII, always on the look-out for lucrative returns have been quick to direct incremental inflows towards India. In the month of August, the total FII investment was more than 12500 crores, majority being in health care and consumer services. As the Indian economy breaks old molds to emerge as the world’s fifth largest economy, it is also now the fifth biggest equity market as well. The recent rise of the Indian stock markets helped India reach a global market capitalization share to an all-time high of 3.5%. Compared to 2.05% in May 2020, this is certainly a huge jump especially given that many countries today are facing inflation woes and likely recession.

The last two years have changed the world as it grappled with two black swan events, namely the Russia Ukraine stand off and the impact of Covid 19, plunging most of Europe to include big giants like UK into a looming recession. Inflation plays a major role in the growth of an economy. While leading economies of US (inflation rate of 8.5%) and Europe (UK 10.1%) face inflation of never seen before levels, India (6.71%) has to a large extent been successful in keeping it under check. This is no mean feat considering the high import bill of crude in the country. There have been consistent and steady steps by the RBI in ensuring this remains in check. While Europe struggles with energy crisis, small but sure steps by our PM like keeping Russian ties diplomatically conducive, ensure the possibility of turning to Russia for our crude needs.

Amidst uncertainties on the back of Russia -Ukraine war leading to shortages on food and energy, the dollar has been perceived to be a safe haven. During this time, the dollar has inflated against most world currencies. The Euro which was strong against the dollar at 1.2 dollars to a Euro has fallen to a two decade low and is now 0.99 to a dollar and likely to go more southwards. The Japanese Yen too has fallen to an unprecedented low of 140 to a dollar. To those who are ruing the fall of Rupee against the dollar should acknowledge that the fall of Rupee is much lower compared with other currencies of the World. While the US dollar index gained almost 13% against all leading world currencies, the value of Indian rupee has depreciated by 6-7%. Again, consistent steps by the RBI have made this possible.

While many still underestimate the Indian growth story choosing to believe in their past conditioning, the numbers speak for themselves. The latest GST collections have been promising at 1.44 lakh crore and the GDP numbers of the first quarter are at 13.5%.

The pessimist amongst us have always downplayed the small, steady and significant victories that the Indian economy has made over the last few years. I don’t blame them! Afterall it is always easier to imagine the worst and look for negatives rather than positives. It takes many small steps to complete a journey and India is surely and steadily on the path to become a leading economy of the world. The non-believers can continue to look for negative news and shoot holes in an otherwise stable economic ship and the believers can go out there and grab the opportunity to grow with the economy.

So, does it mean that the golden era for the Indian Economy is here to stay? Well, the green shoots might be visible but caution remains the key word. An investor needs to keep the key fundamentals of investing in mind. All that glitters might not be gold. Remember it is easy to invest but it is difficult to create wealth.

As the world wakes up to the New India, are we as domestic investors ready to ride the opportunity wave that surely and truly presents today? Let us not be hares who look to traverse the fast lane and give up midway worn out. Rather let’s be like the tortoise; slow and steady when it comes to investing and wealth creation.

(Author Anupama Bhargava CFP is a Partner, Beekay Taxation & Investment LLP. The views expressed in the article are of the author and do not reflect the official position or policy of FinancialExpress.com.)