Indian economy: Inflation on track; IIP comes as a shocker 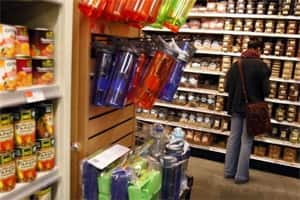 Retail inflation dropped to 4.4% in November- largely led by falling vegetable prices. As the strong base effect wears off next month, inflation will bounce back up.

However, we expect falling oil prices, lower MSP increases and proactive measures taken by the government to contain inflation close to 6% in Q4. With inflation falling and industrial growth still not picking up, we expect the RBI to cut rates by April 2015.

Industrial production shocked in October, as it fell by 4.2%, led by a 7.6% fall in manufacturing output. A word of caution – today’s figures could be overstating the downturn in industrial production as the data is generally very volatile and subject to revision.

That said the demand for consumer goods remained weak despite the festive season.

And though inflation fell rapidly, a dent in farm incomes due to poor monsoon season is believed to have kept consumption demand low.

Meanwhile, investment demand stayed weak, as capital goods production fell faster than in Q2. Consumption turned out to be a much bigger drag on IIP.