In a setback for Hindustan Aeronautics Limited (HAL), the Indian Air Force (IAF) has asked the state-owned firm to stop its efforts to produce the Intermediate Jet Trainers (IJT). 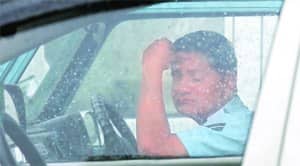 IAF is in the process of modernising and expanding its inventory to keep up with the changing geo-political scenario and emerging threat perception, IAF chief Air Chief Marshal Arup Raha said.

In a setback for Hindustan Aeronautics Limited (HAL), the Indian Air Force (IAF) has asked the state-owned firm to stop its efforts to produce the Intermediate Jet Trainers (IJT). This comes close on the heels of the recent accident of the advanced jet trainer Hawk, which is currently being produced at HAL under licence from BAE Systems, UK.

“While an inquiry has been ordered for the Hawk accident, the HAL is failing in its IJT R&D  (research and development) where the timelines have been revised at least thrice if not more. The company has already taken close to R630 crore from the government (for the IJT venture). The IAF has now lost its patience and has conveyed the same to  both the ministry of defence and the HAL,” revealed sources privy to the matter on conditions of anonymity.

Under the timeline indicated by HAL earlier, the IJTs were to be inducted in the IAF this year. However, a lot of tests of the machine are still not done. Also, issues related to the specifications given by the customer (IAF) have not been met with, the sources said.

However, responding to FE’s queries, a senior official in HAL said: “The majority of the tests have been completed in the case of the IJT except spin test and armament trials for operational clearance later this year. And this will be followed up by the spinning of the aircraft, which will happen anytime now.”

Interestingly, since 1997, the IJT has been under development but still no fixed date for final operational clearance is in sight, which made the IAF’s frustration soar. “And the IAF is not happy being forced to wait for these machines as it is hampering the training programme,” an official said. The IJT is aimed at providing high-speed training for IAF pilots entering the second stage of training. Fresh cadets begin flight training in a basic trainer aircraft (BTA) and then on an IJT, before moving on to an advanced jet trainer (AJT) to finally learn the art of combat flying.

With the induction of the Swiss Pilatus PC-7 and the British Hawk, IAF’s basic and advanced trainer requirements are taken care of. The problem is the mid-level training — the IJT.

Meanwhile, with the customer not willing to wait for the IJT, the ministry of defence has already floated an expression of interest (EoI) seeking information from global firms to procure intermediate jet trainers. The EoIs have been sent to Russia’s Yakovlev; Italy’s Alenia Aermacchi; Korea Aerospace Industries of South Korea; Boeing, Northrop Grumman and Beechcraft of the US; and Saab of Sweden.

The MoD stand comes even though it had decided that only state-owned monopoly HAL will meet the service’s future basic trainer requirements through its HTT-40 trainer, which is still under development. However, to meet the air force’s immediate needs, until the homemade HTT-40 is inducted, MoD has ordered another 38 Swiss-made Pilatus PC-7 Mark-IIs to top the 75 ordered by the outgoing government in 2012.