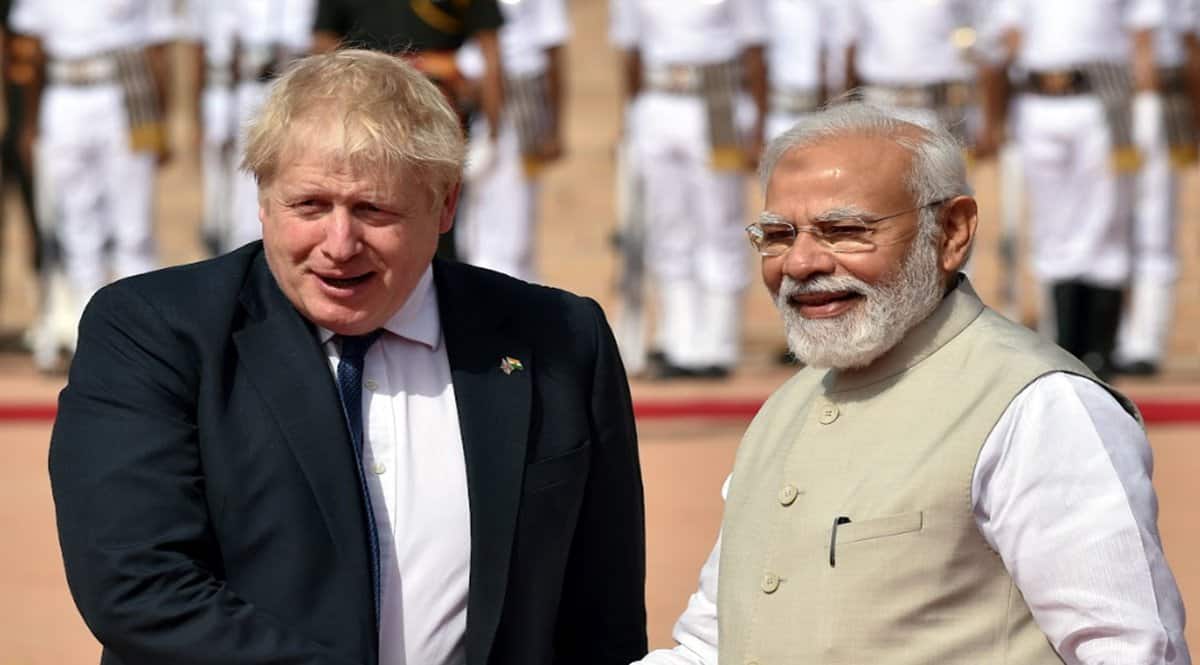 India and the UK pledged on Friday to further bolster trade, defence and energy ties, with visiting British Prime Minister Boris Johnson pitching for wrapping up a proposed free trade agreement (FTA) by as early as Diwali.

After holding wide-ranging talks with Prime Minister Narendra Modi here, Johnson said negotiators from the two countries were expected to complete the FTA by the end of this year. “We are telling our negotiators to get it done by Diwali in October. This could double our trade and investments by the end of the decade,” he said.

For his part, Modi highlighted the “good progress” being made in the FTA negotiations and offered to move “at the same pace and with the same commitment” with which New Delhi recently hammered out trade deals with the UAE and Australia.

Both India and the UK launched formal negotiations in January for the FTA, which could ultimately cover more than 90% of tariff lines. They aim to double bilateral trade of both goods and services to about $100 billion by 2030. The India-UK trade is dominated by services, which make up about 70% of the overall annual commerce. Johnson has favoured more visas to Indian skilled IT professionals to tide over a shortage in the UK.

“We have also agreed to enhance cooperation in the defence sector. In the defence sector, we welcome the UK’s support for ‘self-reliant India’ in manufacturing, technology, design and development,” Modi said. On his first visit to India as the leader of the United Kingdom, Johnson said his country is creating an open general export licence for India to “reduce bureaucracy and slash delivery times” for defence procurement.

The commitment to strengthen bilateral defence co-operation comes at a time when western nations want to wean India away from its dependence on Russian weapons, a reliance that, western analysts believe, prevented New Delhi from condemning Moscow over the latter’s military aggression in Ukraine.

Describing Modi his “khas dost” (special friend), Johnson said both the countries have agreed to work together to meet new threats across land, sea, air space and cyber domains. The UK, he said, will join hands with India on new fighter jet technology and to detect and respond to threats in the oceans.

During their talks, the two leaders also pledged to step up partnership on clean and renewable energy. Johnson said it was aimed at supporting India’s energy transition from imported oil and raising its resilience through secure and sustainable energy.

As for the Ukraine crisis, Modi reiterated India’s call for an immediate ceasefire of violence and resolution of the crisis through dialogue and diplomacy. “We also reiterated the importance of respect for the territorial integrity and sovereignty of all countries,” he said.

At the same time, with an eye on China’s belligerence, Modi stressed the need for maintaining a free, open, inclusive and rules-based order in the region and noted that India had hailed the UK’s decision to join the Indo-Pacific Oceans Initiative.