Projecting a slowdown in Chinese economy, the Asian Development Bank… 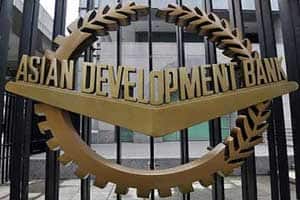 The fund was sanctioned on June 21, he said while placing a deficit 3021.71 crore budget for the civic body for this fiscal. (Reuters)

Projecting a slowdown in Chinese economy, the Asian Development Bank (ADB) today said the economic growth in Asia would be led by India for the next couple of fiscals.

The Asian Development Outlook 2015 projected Emerging Asian economies to clock average 6.3 per cent growth in both 2015-16 and 2016-17 fiscal, as in the current financial year.

The growth would be supported by a strengthening recovery in the major industrial economies and soft global commodity prices.

“The expected pick-up in India and in most members of the Association of Southeast Asian Nations (ASEAN) could help balance gradual deceleration in the region’s largest economy, China,” ADB said.

As regards China, the ADB projected the economic growth to decelerate from 7.4 per cent in current fiscal to 7.2 per cent next fiscal and 7 per cent in 2016-17 as the government proceeds with its structural reform agenda and fixed asset investment slows.

ADB said the growth in Asia would be aided by soft commodity prices and recovery in major industrial economies.

It said India is poised to overtake China in terms of growth as as government removes structural bottlenecks and lifts investor confidence. Besides, expected easing of monetary policy and pick up in capital expenditure would also boost growth.

However, ADB warned of several risks to Asia’s growth outlook.

“Risks to the outlook include possible missteps in the PRC as it adjusts to its new normal, less decisive action on reforms in India than anticipated, potential spillover effects on the global economy of the Greek debt crisis and the deepening recession in the Russian Federation,” it said.

The impending rise in interest rates in the US may reverse capital flows to the region, requiring monetary responses to maintain stability, ADB said.

“Falling commodity prices are creating space for policy makers across the region to cut costly fuel subsidies or initiate other structural reforms. This is a key opportunity to build frameworks that will support more inclusive and sustainable growth in the longer term,” he added.