Pitching for a better ranking on ease of doing business for India, government officials today apprised the World Bank about various reform… 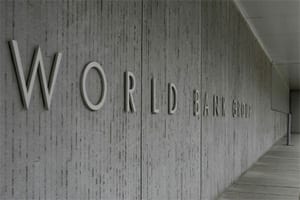 World Bank today said it has approved a USD 1.5 billion loan to India for its ambitious 'Clean India' campaign to support the government's efforts to ensure all citizens in rural areas have access to improved sanitation and end the practice of open defecation by 2019.

Pitching for a better ranking on ease of doing business for India, government officials today apprised the World Bank about various reform measures taken in the past one year including relaxation in company laws.

A two member mission of the World Bank Group is on a two day-visit to India to collect data and information for Doing Business Report, 2016. The members are Nadine Abi-Chakra and Baria Nabil Daye.

A kick start meeting on this issue was held yesterday in Department of Economic Affairs (DEA) under the chairmanship of Additional Secretary Ajay Tyagi.

As per a statement issued by the Commerce Ministry, Tyagi impressed upon the importance given by the government to improve regulatory environment across India.

“The Mission appreciated the efforts made by the government and promised to take note of initiatives taken by Government of India and State Government,” the statement said.

The visiting delegation was informed about the various reforms undertaken by the government.

These reforms include, single step incorporation of companies through INC-29 Form, loans or guarantee to fully owned subsidiary company facilitated and process to approve related party transaction made simpler.

Steps have been also taken to ease movement of export and import goods through Customs.

The government is keen to improve ease of doing business in the country to attract foreign funds as well as spur domestic investments.

The Department of Industrial Policy and Promotion has started the process to rank states in terms of ease of doing business, a move aimed at triggering competition among states to attract investment.