India on alert after oil spill in Sundarbans 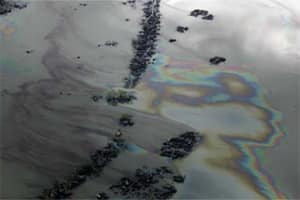 Authorities on India’s eastern coast are on alert after a tanker and another vessel collided, spilling more than 350,000 litres of furnace oil into the waters of the Sundarban tidal mangrove forests in neighbouring Bangladesh.

“We are taking all precautionary measures,” Pradeep Vyas, additional director of India’s Sundarban Biosphere Reserve, told Reuters on Friday.
The Indian Coast Guard and Border Security Force are both monitoring the situation, and boats are patrolling the rivers that connect the Sundarban region, which straddles the border between India and Bangladesh, he said.

On Tuesday, an oil tanker carrying 358,000 litres of furnace oil and another vehicle crashed together. That caused the tanker to sink in the Shela river, in the Sundarbans, and spill its cargo into a complex network of rivers and canals, according to Mohammad Yunus Ali, chief conservator of forests in the Ministry of Environment and Forest.

Both Sundarbans include large swaths of protected areas that host a diverse wildlife, including threatened species such as the Bengal tiger, rare dolphins and the estuarine crocodile.

Yunus denied that the oil slick was moving towards India and said clean-up efforts were continuing. “We have been trying seriously to clean it within the quickest possible time,” he said. It was unclear when the process would be completed, he added.

Seven members of the sunken tanker’s crew managed to swim ashore, but the boat’s captain, Mokhlesur Rahman, was still missing as of Friday evening.

The Bangladesh government has filed a lawsuit against the owners of both ships.

The chief wildlife warden in the state of West Bengal told Reuters the spill had not yet had any impact on the tiger reserve territory or marine life on the Indian side of the border.

“It may happen, and if it happens we have to deal with it,” said Ujjwal Kumar Bhattacharya, the chief warden.