India-Mauritius tax treaty: The protocol signed between India and Mauritius on May 10, 2016, amending the DTAA brought closure to the complicated renegotiation attempts of the Indian Government which started as far back as 1996. 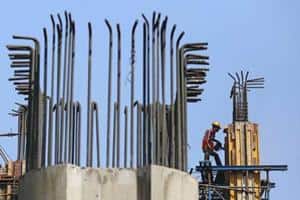 While employment in the government, both at the central and the state levels has fallen by around 5 lakh between FY06 and FY12, total private sector employment has risen by just 3 million during this period—since that number reflects just the organised sector, the Crisil number seems correct. (Reuters)

Abuse of tax treaties, including treaty-shopping, has emerged as a global concern which reflected in the OECD’s Base Erosion and Profit Shifting (BEPS) Action Plan 6 on preventing the granting of treaty benefits in inappropriate circumstances. India-Mauritius Treaty was a classic example of treaty abuse. The protocol signed between India and Mauritius on May 10, 2016, amending the DTAA brought closure to the complicated renegotiation attempts of the Indian Government which started as far back as 1996.

Balancing the move with fairness, the changes have been proposed to be implemented prospectively and that too in a phased manner, giving a breather to those currently invested in India and also a heads-up to those planning to invest in India’s growth story in future.

With a major part of FDI coming through Mauritius, it was expected that this move will certainly shake market sentiment and we may witness a sudden but temporary downfall in the FDI routed through Mauritius, but owing to the fact that the amendments shall impact the investment made after April 1, 2017, the bourses have held their own. Let us understand how these changes will impact various stakeholders:

However, as we have witnessed in the recent past, CBDT has been prompt in bringing clarity on debatable issues by releasing a notification/circular, they may come up with a clarificatory circular in this regard, but again a DTAA cannot be amended unilaterally, by way of a circular.

However, considering that popularity of P-Notes has come down after the easing out of KYC norms and introduction of FPI Regulations 2014, which led to an increasing number of foreign investors registering with SEBI to invest directly instead of through P-Notes route, the market is expected to take the change in stride. But at the same time considering the change in tax regime, P-Notes routed through Mauritius and Singapore may not remain a very attractive mode of investment in Indian market. Recently on May 9, 2016, another PIL was filed on the P-Notes.

Now a Service PE clause has been introduced in the treaty, which shall put to rest the tax planning practice followed by foreign entities sending their employees to India through a Mauritius entity, to avoid taxes. With introduction of a Service PE clause, such foreign companies would be liable to tax on their global income attributable to India.

Even the foreign companies earning FTS from India used to avoid paying tax in India taking benefit of the beneficial provision of the treaty. An argument was taken that since there in no clause of FTS in the treaty, FTS is not liable to tax in India.

Other Income clause in the India-Mauritius treaty which was defined exclusively, stand amended and not any income that doesn’t fall in the specific income categories may be taxed under the “Other Income” clause, meaning thereby that India has sealed its right to tax any and every income arising out of India.

The government has plugged all the loopholes in the India-Mauritius treaty and brought Mauritius at par with other treaties countries. Now the foreign investors don’t have any incentive to route their business with India through Mauritius.