India Inc stepped up its demand for a cut in interest rate by Reserve Bank of India. 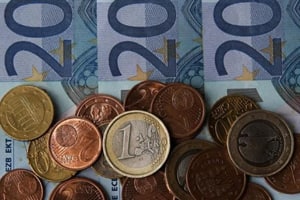 The current account deficit is expected to narrow to 0.5 per cent of GDP in 2016 largely owing to lower commodity prices, particularly oil. (Reuters)

Expressing concern over subdued growth in the manufacturing sector, India Inc yesterday stepped up its demand for a cut in interest rate by Reserve Bank of India to give a leg-up to recovery both through higher consumption spending and opening up channels for investment.

Poor showing by agriculture and manufacturing sector pulled down the country’s economic growth rate to 5.3 per cent in the second quarter ended September 30. The Gross Domestic Product (GDP) growth rate has declined from 5.7 per cent rate in the first quarter ended June.

Commenting on the GDP data, Ficci said that while the growth in agriculture and services sector is in line with expectations, the subdued growth in manufacturing at 0.1 per cent is a matter of concern.

“An important element of the cost structure for manufacturing is interest rates and given the current inflation situation RBI should ease the monetary policy stance as this would give a boost to investment sentiment,” FICCI President Sidharth Birla said.

“The current wave of optimism needs to be maintained through continued efforts by the government towards further improving the tax and policy environment to encourage enterprises to expand,” it added.

It expects that real turnaround in investments should take place in 12 to 18 months.

“We look forward to further action on all the pending reforms including early introduction of goods and services tax, changes to the Land Acquisition Act and further reforms in labour laws,” it said.

CII said that looking ahead, in order to steer economy, there is need for continuing with proactive policies which would help revive investments and address the bottlenecks plaguing the agriculture and industrial sectors.

The RBI should review its status quoist approach and move towards paring interest rates in its forthcoming monetary policy to give a fillip to recovery both through higher consumption spending and opening up channels for investment, CII said.

Deloitte India said that though there has been an industry call for rate cuts, it is unlikely that any rate cuts in the immediate next cycle will make a dent to these numbers.

“Strong reform imitative coupled with passing of some crucial bills in the winter session of parliament may assist in aligning performance with the optimism that is currently in place,” it said.