India manufacturing activity expands at modest pace to 51.6 in October

India Purchasing Managers’ Index (PMI) rose to 51.6 in October from 51.0 in September. 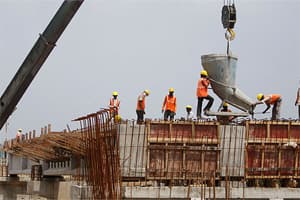 The headline HSBC India Purchasing Managers’ Index (PMI) — a composite gauge designed to give a single-figure snapshot of manufacturing business conditions — rebounded from September’s nine-month low of 51.0 to 51.6 in October.

Amid reports of stronger demand, production at Indian manufacturers rose for the twelfth successive month in October. A figure above 50 indicates the sector is expanding, while a figure below that level means contraction.

New business also increased for the twelfth month in a row in October, largely owing to the general improvements in demand situation.

In addition, export orders received by Indian manufacturers rose in October, extending the current sequence of growth to 13 months.

However, firms continued to trim purchases and refrained from aggressive inventory accumulation, the report said.

On prices, it said that inflationary pressures remained muted in October. While input prices eased further, the improvement in growth allowed firms to raise margins by increasing output prices slightly.

“This trend could strengthen with growth, which is why the RBI will remain cautious about relaxing its grip at this juncture,” Neumann said.

The short-term lending (repo) rate remained at eight per cent, and the cash reserve requirement of banks at four per cent.