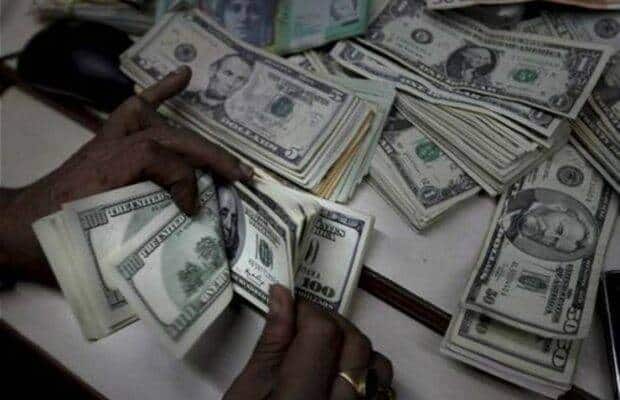 "As the economic recovery progresses, the authorities should continue to pursue structural reforms that can help lift productivity and living standards, while supporting an inclusive and green recover,'' the Treasury said. (Representational image)

India has been exemplary in publishing its foreign exchange market intervention, the US Treasury Department said on Friday adding that New Delhi should allow the exchange rate to move flexibly to reflect economic fundamentals.

“As the economic recovery progresses, the authorities should continue to pursue structural reforms that can help lift productivity and living standards, while supporting an inclusive and green recover,” the Treasury said.

In its semi-annual Report to Congress on Macroeconomic and Foreign Exchange Policies of Major Trading Partners of the United States, the Treasury reviewed and assessed the policies of its major trading partners, comprising more than 80 per cent of its foreign trade in goods and services, during the four quarters through June 2021.

In accordance with the Omnibus Trade and Competitiveness Act of 1988 (the 1988 Act), the Report concludes that no major US trading partner manipulated the rate of exchange between its currency and the US dollar for purposes of preventing effective balance of payments adjustments or gaining unfair competitive advantage in international trade.

However, it found that 12 economies warrant placement on the Treasury’s ‘Monitoring List’ of major trading partners that merit close attention to their currency practices: China, Japan, Korea, Germany, Ireland, Italy, India, Malaysia, Singapore, Thailand, Mexico, and Switzerland. All except Switzerland were on the Monitoring List in the April 2021 Report.

“India has been exemplary in publishing its foreign exchange market intervention, both monthly spot purchases and sales and net forward activity, with a two-month lag. While the RBI frequently intervenes in both directions, the RBI purchased foreign exchange on net in 10 of the 12 months through June 2021, with net intervention reaching USD 131 billion, or 4.6 per cent of GDP,” it said.

“The RBI made large purchases between July 2020 and February 2021, followed by modest sales in March and April this year as India’s second outbreak took hold and net foreign portfolio flows turned negative,” it said.

Observing that India has battled two outbreaks of COVID-19 since the onset of the global pandemic in March 2020, the Treasury said India’s large second outbreak in the second quarter of 2021 weighed heavily on growth.With cases coming down significantly from the May peak as of end-October, high frequency indicators suggest economic activity has been rebounding quickly since early in the third quarter, the report said.

The pace of vaccination has picked up since mid-June, and 24 per cent of India’s population was fully vaccinated as of end-October 2021. After substantially loosening fiscal policy to respond to the shock from the pandemic, the Indian government projects a 6.8 per cent of GDP fiscal deficit at the central government level in financial year 2022 (through March 2022), following a 9.3 per cent of GDP deficit in FY 2021.

The Reserve Bank of India (RBI) reduced its policy rate 115 basis points over the first half of 2020, and it has remained at four percent since May 2020.

According to the report, India’s goods and services trade surplus with the United States was USD 40 billion over the four quarters through June 2021, up substantially from its relatively consistent level of around USD 30 billion from 2013 to 2019. The higher trade surplus came largely on the back of higher US imports of Indian goods and steady imports of Indian services, while US exports of both fell due to India’s weak domestic demand, it said.

Next Story
Gita Gopinath to be number 2 at IMF