In ‘Ease of Doing Business’, India drops further to 142 in World Bank list

ndia has been places at 142 among 189 countries in the latest World Bank’s ‘Ease of Doing Business’ report released today, a drop by two places from the last year’s ranking. 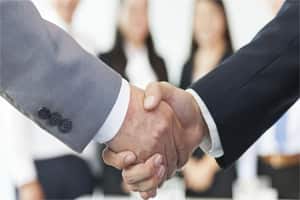 India has been places at 142 among 189 countries in the latest World Bank’s ‘Ease of Doing Business’ report released today, a drop by two places from the last year’s ranking.

The drop in India’s ranking from last year’s 140 is mainly because other nations have performed much better, bank officials said.

The latest ranking, however, does not take into account the latest slew of measures taken by Narendra Modi government to make India a business friendly destination.

“We do not want to send the impression that the drop in India’s ranking is connected in any way with the current political situation (government),” Augusto Lopez-Claros, Director, Global Indicators Group, Development Economics, World Bank Group said.

“It is absolutely true that the new government of Mr Modi has made it very clear that they see the creation of a better investment climate and a more friendly business friendly environment in India a top priority. However, it is important to remember that the new Government did not come into office until the second half of May,” he said.

Highly appreciative of the steps taken by the new Indian Government, World Bank officials, however, asserted that there was a very high likelihood of India significantly jumping up the ladder in the next ease of doing business.

Singapore with 88.27 points occupies the top position in the ease of doing business followed by New Zealand, Hong Kong, Denmark and South Korea.

In a conference call with reporters, World Bank officials cautioned against linking the latest ranking with the steps taken by the new Indian Government.

Noting that the cut off of ease of doing business is May 31st, Lopez said whatever the government would do and whatever is in the pipeline is going to have an impact on these indicators only next year.

When asked about the ambition of the new Indian Government to move up the ladder and gain a ranking within top 50 countries, Lopez said, “There is no reason, why not?”.

“Absolutely, it can be done. There are many examples of countries who through focused efforts, through intelligently designed reforms have managed to make very substantial improvement,” he

Though India did drop a little bit in terms of its ranking, the ease of doing business has improved over the last 12 months, he said.

“There is a continuous improvement across the world. India improved, but others improved at a faster pace,” Ramalho said.