Impact on Indian economy after the COVID-19 second wave

Agriculture will see a deeper cut from the second wave compared to the first wave where it grew. 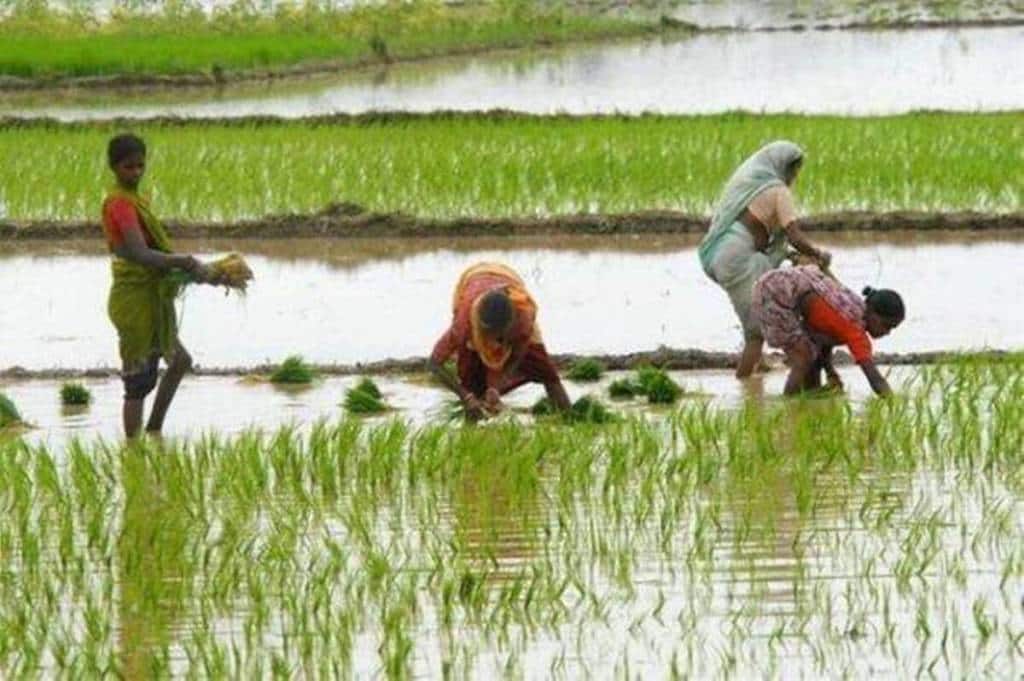 Reflecting on the GDP figures, our agricultural economy grew by 3.4% while the overall economy contracted with 7.7% in FY21.

It has been more than a year and a half since the COVID-19 pandemic penetrated the deepest core of human civilization and made us realize the power of mother nature. In India, after the first wave, we thought that we had gained control of the situation but the second wave found us wanting for basic necessities such as oxygen and medical supplies. It might appear that the second wave is on its way out with daily cases coming down to under 60,000 from the peaks of nearly 4 lakh cases, but we have lost over 3.8 lakh precious lives to COVID-19 already. With the hope that the situation will significantly improve on the medical side, it is time to assess the impact of the second wave on macroeconomics.

The government’s approach in dealing with the two waves has been different. The response to the second wave has been localised and driven by the states while in the first wave we went for a national lockdown. I attribute this to the economic compulsions of the hard-hit central government and progressive spread of the virus. The second wave started in the west with Maharashtra, went up North and now is peaking in the south of the country. This spread journey makes a national lockdown economically suboptimal.

Also Read
Rupee slides to all-time low of 82.30 against dollar, falls for 2nd straight session
RBI to soon launch e-rupee on pilot basis for limited use
Rupee likely to remain under pressure in near term: Experts
India, UK carrying out intensive discussions on FTA: MEA

To understand the economic impact of the second wave, let’s remind ourselves of the first wave and its impact on the economy. In the first wave, we went through a prolonged national lockdown and a significantly lower number of peak cases. Manufacturing and the urban economy had come to a grinding halt while the rural economy continued to move because of less strict lockdowns. As a result, agriculture, which is the primary driver of our rural economy providing employment to 58% of our population, continued to grow. Agriculture further benefited from good monsoon and cheaper and higher availability of labor. Reflecting on the GDP figures, our agricultural economy grew by 3.4% while the overall economy contracted with 7.7% in FY21. The first wave was primarily urban in its spread. Urban areas reported more cases than rural areas for the first five months of the spread. In the second wave rural areas started reporting more cases than urban ones from the second month itself. An analysis of more than 50 most severely hit districts, 26 were in rural areas. Rural areas in the state of Maharashtra, Andhra Pradesh and Kerala were the worst impacted. The situation was further aggravated, due to the inadequacy of medical infrastructure in the rural areas and the rush of patients from villages and smaller towns to urban centers.

Agriculture
The second wave has seen stricter and longer lockdowns in the rural parts of the country. Due to the lockdowns, APMC Mandis have been closed for operations or have taken such steps voluntarily. Specifically, APMC Mandis in Gujarat, Rajasthan and Maharashtra were closed during the peak harvesting season. Farmers were not prepared for the ensuing chaos. As the Mandis have still not opened fully, crops are rotting in the fields. Due to the closure of Mandis, vegetable vendors, and processing industries have also been hit. We can see the contrasting impact of the first and the second wave in the agriculture wage growth data. The average wage growth for the agriculture sector for the period of November 2020 to March 2021 has reduced to 2.9 percent (2nd wave) from 8.5 percent in April to August 2020 (1st wave).

Manufacturing
Manufacturing was at the receiving end in both the first and the second wave. To control the coronavirus spread, most of the manufacturing sector had to work at a lesser capacity or shut down. Non-essentials manufacturing was hit for longer and with more severe restrictions. The fear of prolonged lockdowns led to migration back to villages. In addition, the global and local supply chains had also not fully normalized after the first wave. This has meant higher cost of procuring raw materials for both small and large industries.  As per the IHS Markit India Manufacturing Purchasing Managers’ Index (PMI) in May 2021, PMI slumped to 50.8  from 57.5 reported in February. It is at a ten-month low.

Services
The services sector in the last two decades has become the bedrock of the Indian economy contributing to more than half of the GDP. But, our services and knowledge-based industries have been built on the manufacturing industry premise of the 18th century i.e. proximity and discipline of workers to the factory is critical in getting good output. We apply the same philosophy for our software engineers and telecalling workforce. With the internet revolution this premise has proven to be an unnecessary legacy of the past. Now the workforce can be decentralized and anyone can work from anywhere till the time there is 4G internet. I do believe that COVID will prove a positive disruption for the services sector in the long run.

The first wave required a steep learning curve for the organizations to develop infrastructure and processes for remote working. For the employees, first wave lockdowns were a new paradigm and it took them some time to adjust to work from home and be productive. Prolonged lockdown and unlocking phases during the first wave ensured that both the employer and employee got into a rhythm and the productivity started reaching pre-covid levels. The second wave disrupted this rhythm. But the impact of the second wave has been localized and centered around groups of people with typical disruptions costing 3-4 weeks of productivity. My assessment is that the services sector will be the least hit from wave 2 from an output standpoint.

The table below summarizes the above ideas:

The overall impact on GDP
On May 31, the Indian government released the data for GDP that during the financial year 2020-21, GDP contracted by 7.3 percent. It is the most severe contraction from the time India got its independence. The reasons behind this trajectory are obvious – lockdown leading to the closing of business units, increasing unemployment rate and a significant decline in domestic consumption.

For the current financial year, the Reserve Bank of India has anticipated growth of 10.5 percent. But the rating agencies across the globe have downgraded it due to the impact of the second wave of COVID-19. Moody’s initially projected 13.7 percent of growth for FY 2021-22, but later lowered it to 9.3 percent. The same goes with S&P Global Rating. They have lowered the 11 percent growth to 9.8 percent in case of moderate impact of the second wave, but for a worst-case scenario, it would be 8.2 percent. The ideas around a third wave are not helping the situation at all.

To summarize on the macroeconomic numbers of GDP, I expect a less severe impact of the second wave due to less strict, localized lockdowns and practically a lesser number of days in reaching the peak number of infections. Agriculture will see a deeper cut from the second wave compared to the first wave where it grew. Our hopes of economic revival are pinned to us having an express vaccination drive, which takes away the fear of a third wave and a revival of consumer confidence and spending.

(The author is CEO, OLX Autos. The views expressed are his own.)