In 2014, the percentage of people favouring environmental protection is only 36.2 per cent relative to a 49.3 per cent with a clear preference for economic growth. 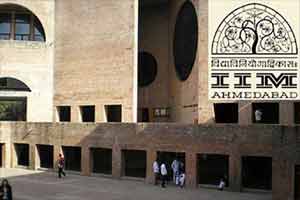 Indian Institute of Management Ahmedabad (IIM-A) has increased the fee for its flagship two-year postgraduate programme in management (PGPM) from Rs 18.5 lakh to Rs 19.5 lakh.

Voices in support of environment protection have ebbed during economic down-turn, according to a study conducted by the Indian Institute of Management here.

It cautions that such situation can be potentially problematic from the perspective of a developing country like India.

“This reverses in 2014, when the percentage of people favouring environmental protection is only 36.2 per cent relative to a much larger proportion of 49.3 per cent with a clear preference for economic growth,” said the study carried out by associate professor Rama Mohana Turaga.

There is not only a clear increase in the percentage of public favouring economic growth, but also a clear drop in the proportion preferring environmental protection, revealed the study.

However, low support for environmental protection during economic downturn is potentially problematic from the perspective to ensure environmentally sustainable development, it said.

India is already suffering from severe environmental degradation. According to the Environmental Performance Index (EPI), in which countries are ranked based on the status of environmental health and ecosystem vitality, India is ranked 155 out of 178 countries in 2014, said the study.

India’s capital New Delhi is among the worst polluted cities in the world and according to some estimates, the cost of environmental degradation in India is anywhere between 2.6 per cent and 8.8 per cent of GDP, the IIM study said quoting a world bank report of the year 2013.

While the survey in 2014 was conducted during March to April last year with random survey of 6,781 households across the country, it said.

“In India’s context, these results are not surprising as even in the post-materialist (developed) countries, public opinion on the environmental issues has been affected by the vagaries of the economic conditions as evidenced by declining support for climate change mitigation in the US and Europe,” it said.

“In developing countries, still afflicted by poverty and underdevelopment, it is not surprising that unfavourable macro-economic conditions reduce support for environmental protection over economic growth,” it added.