How to spend $100 billion? Policy headaches loom for Iran after nuclear deal

Managing a vast inflow of money back to the country may be the first of the Rouhani team’s challenges. 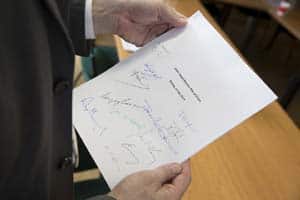 Managing a vast inflow of money back to the country may be the first of the Rouhani team's challenges. (Reuters)

How to spend $100 billion may sound like a pleasant problem to have, but it is one of several economic policy headaches looming for Iranian President Hassan Rouhani after this week’s nuclear deal promised to lift sanctions crippling the economy.

Rouhani, and the technocratic cabinet he has installed, will have to manage a trade and investment boom without destabilising the economy, and push through reforms to attract foreign capital without triggering a political backlash at home.

Business leaders are already warning of the risks, and the sluggish performance of financial markets since the deal was reached on Tuesday – the rial currency has barely moved, and the stock market has edged lower – suggests they see the dangers.

“Only 15 to 30 percent of our economic problems are due to sanctions. The remaining 70 percent is because of our mismanagement. So the lifting of sanctions won’t be the end of our problems,” said Yahya Ale-eshagh, president of the Tehran Chamber of Commerce, Industry, Mines and Agriculture.

“Iran won’t become the Garden of Eden after the sanctions,” he told the domestic Nasim news service last week.

Managing a vast inflow of money back to the country may be the first of the Rouhani team’s challenges. Iran will get access to over $100 billion of assets frozen abroad, U.S. officials say, equivalent to a quarter of its annual output.

The inflow may start around the end of this year, after Tehran is certified in compliance with the deal. The government badly needs the money to pay its bills and build infrastructure, but injecting it into the economy will be a tricky business.

Officials will be under tremendous political pressure to accelerate growth and raise living standards. At the same time, spending the reserves quickly could create bottlenecks in Iran’s creaking economy and threaten another spike in inflation, which authorities have only recently wrestled down to around 16 percent from above 40 percent two years ago.

“The release of our assets is a big opportunity but if this money is mismanaged, the damage can be worse than the sanctions,” Ale-eshagh said.

Ordinary Iranians may respond to the new mood of optimism by changing back into rials billions of dollars they converted into hard currencies and gold when the rial was collapsing during the sanctions era.

This would put upward pressure on the rial, now at 32,700 to the U.S. dollar in the free market, and force authorities to make a difficult decision about how strong they want to let the currency become.

A stronger rial would curb inflation and could please Iran’s middle classes by making it easier to buy foreign consumer goods and travel abroad. A weaker currency would spur exports, particularly in the farm sector, creating jobs. Both options have strong constituencies in Iran.

“The question is if Rouhani wants to have a short-term strategy to win the next election by decreasing the inflation rate, or if he wants to think long-term and do something about the recession,” an executive at a Tehran technology firm, declining to be named because of political sensitivities, said of Iran’s currency policy.

Keen to get back into foreign markets after the lifting of the sanctions, Iranian exporters want the central bank to help them compete by cutting bank interest rates, which are still above 20 percent, a legacy of the sanctions era.

The central bank has been reluctant to ease policy quickly, however, and may remain so even after sanctions are removed. With money pouring back into Iran and growth accelerating, quick rate cuts could cause asset market bubbles.

Rouhani’s team will face similar trade-offs as it tries to attract foreign capital and technology to Iran, a key part of the government’s post-sanctions economic strategy.

Its plan for 2016-21 envisages investment of $361 billion to achieve annual economic growth of 8 percent, with over 40 percent of that sum coming from foreign sources.

But the country is ill prepared to lure foreign investment, or benefit from it if it comes. Strict labour laws, a legacy of Iran’s 1979 revolution, make it hard to lay off staff; an unpredictable legal system adds to risks for foreign companies.

Officials have been talking of reforming labour and business regulations to make them more investor-friendly, but this would be politically sensitive, especially if the government was seen to be helping deep-pocketed foreign companies take market share from Iranian firms weakened by the sanctions.

Foreigners “are thirsty for the Iranian market. Our domestic factories could go bankrupt in this wave”, said Ale-eshagh.

To counter this perception, the government is expected to require big foreign investors to transfer technology to Iranian firms and source a lot of their materials locally. But that could reduce the attractiveness of Iran to the foreigners.