How Modi’s Rs 2.11 lakh crore bank recapitalisation is expected to play out 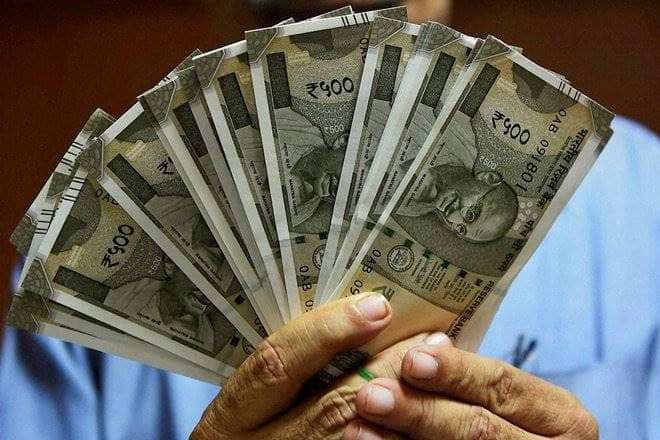 Prime Minister Narendra Modi’s administration will inject an unprecedented 2.11 trillion rupees ($32 billion) into struggling state-run banks over the next two years, his biggest attempt to revive growth. This includes 1.35 trillion rupees through recapitalization bonds and 760 billion rupees via “budgetary support” and from the market, the government announced late Tuesday. Morgan Stanley is calling this India’s TARP — a reference to the U.S. Troubled Asset Relief Program implemented in the throes of the financial crisis — and Indian stock markets welcomed the decision but bond investors were more circumspect.

Here’s how it may roll out:

The government’s plan will have little impact on its target to shrink the shortfall to 3.2 percent of GDP in the year through March 2018 because the IMF’s rules classify such debt as “below-the-line” financing. Only interest expense will be added to the fiscal deficit, and this is estimated at about 90 billion rupees each year or 0.4 percent of total budgeted spending. Technically, however, India’s accounting rules require the bonds to be included in the budget deficit, so the government will probably reclassify them later as off-balance sheet items — just as it did when similar notes were issued in the 1990s — according to Kotak Mahindra Bank Ltd.

Will it spur lending?

Not immediately. Any pick-up is likely only after banks’ balance sheets have been materially strengthened, which would include cleaning up some $191 billion of stressed assets. Moreover private demand — which has been subdued over the past few years — has to recover for loan growth to revive from two-decade lows, analysts Manish Shukla and Abhishek Sahoo of Citigroup Global Markets India Pvt. said in a note. Crisil Ltd. expects the capex cycle to revive in the year starting April 1, 2018, and CLSA says the government’s plan should help satisfy more than 70 percent of lenders’ needs for lending to increase, absorbing “ haircuts” on stressed loans.

The government is yet to disclose details on the structure and pricing of the bonds, as well as how it will raise the rest of the cash. These will determine if there’s a liquidity squeeze. If the measures do revive credit growth, inflation may accelerate as well, limiting scope to lower the policy rate, said Indranil Pan, chief economist at IDFC Bank Ltd. The government’s plan will front-load capital injections while staggering the attendant fiscal implications over a period of time, Reserve Bank of India Governor Urjit Patel said in a statement.

Who will buy these bonds?

If one goes by history, banks themselves — flush with deposits following Modi’s cash ban — will be buyers of the debt. “Banks can cleverly invest these funds in the recap bonds which will ultimately be routed back as equity in the system,” said Vivek Kulkarni, managing director at Brickwork Ratings. “This step will also ensure that bond market will not be impacted by such a large issuance for the private sector issuers.” In 1994, India had sold about 48 billion rupees of 12-year recapitalization bonds at a coupon rate of 10 percent, according to data compiled by Bloomberg.

What are rating companies saying?

Fitch Ratings Ltd. and Moody’s Investors Service have both welcomed the announcement, with the latter describing the move as a “significant credit positive” for Indian state-run banks. Rating companies have long criticized India’s weak banking sector and as of Tuesday, Fitch had a negative outlook on Indian banks based on its assessment of the sector’s weak core capitalization. Moody’s highlighted significant capital shortfalls at several banks, while assigning a stable outlook to the banking system.