Convinced that a move towards market-based pricing of rail passenger services can’t be put off indefinitely, the rail ministry has decided to set up the proposed Rail Development Authority… 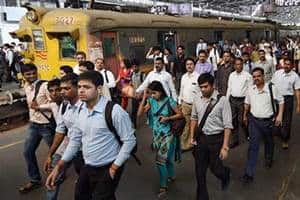 The losses on the passenger side have been compensated by freight rates, Minister of State for Railways Manoj Sinha said in a written reply. (PTI)

Convinced that a move towards market-based pricing of rail passenger services can’t be put off indefinitely, the rail ministry has decided to set up the proposed Rail Development Authority (RDA) via an executive order. By July, the RDA proposal could come up before the Cabinet, a rail ministry official told FE on condition of anonymity, adding that Parliament’s backing could be sought at an appropriate time later.

The RDA’s mandate, as recommended by the Bibek Debroy committee, includes recommending tariffs “when the market fails to discover them”. Speaking to FE, railway minister Suresh Prabhu sought to remove the concern that the RDA might turn out to be an ineffective body, lacking independence and being subservient to the Railway Board.

“We are working towards making the authority very effective. In no way it is going to be subordinate to the rail ministry. It is primarily going to have three functions — ensuring a level playing field to attract private investors, setting up of efficiency benchmarks and performance standards for the transporter and recommending tariffs,” the minister said.

The skewed nature of the railways’ revenue matrix is evident from the fact that its losses from passenger services due to subsidisation of fares was around Rs 34,000 crore in FY16 and the “national public service obligations” cost was close to Rs 25,000 crore (the railways’ gross traffic revenue stood at Rs 1.68 lakh crore in the year). At the other end of the scale, it is milking bulk-commodity consumers like cement, coal and iron ore and losing freight traffic to trucks and airways. After several years, it has of late resorted to virtual price cuts to attract freight volumes, besides expanding the freight basket by offering attractive services.

Sources in the ministry added that the transporter has already appointed a legal consultant to assist it with the structuring of RDA, given that “there is really no parallel in the world for such a regulator when the sector continues to be largely government- driven”.

“The RDA in all probability won’t be housed in the rail ministry. We think attaching the regulator to some other ministry would add to its autonomy,” the unnamed official quoted above said. Members of the RDA would be selected by a process involving the Cabinet or a committee designated by it, he added, ruling out any decisive role for Railway Board in it.

He, however, added that the RDA being set up through an executive order won’t be reinforced with an appellate authority. “Such a set-up, though common in the case of most important regulators in the country, would require parliamentary assent,” the official added.

The Debroy committee recommended setting up of an overarching independent Railway Regulatory Authority of India. The authority, according to the panel, could have the mandate to ensure fair and open access and set access charges (the panel had proposed private players to operate trains by paying access charges to the railways), establish tariffs in cases where the market fails to discover a price and adjudicate disputes between the track-owning organisation, train operators and competitors. As rail ministry envisages the RDA, it will play a key role in arbitrating disputes related to public private partnership projects as well.