The first advance estimates of major kharif crops for 2020-21 have pegged total kharif foodgrain production at 144.52 million tonnes and the overall foodgrain output at 301 million tonnes, CARE Ratings said in the report on Friday. 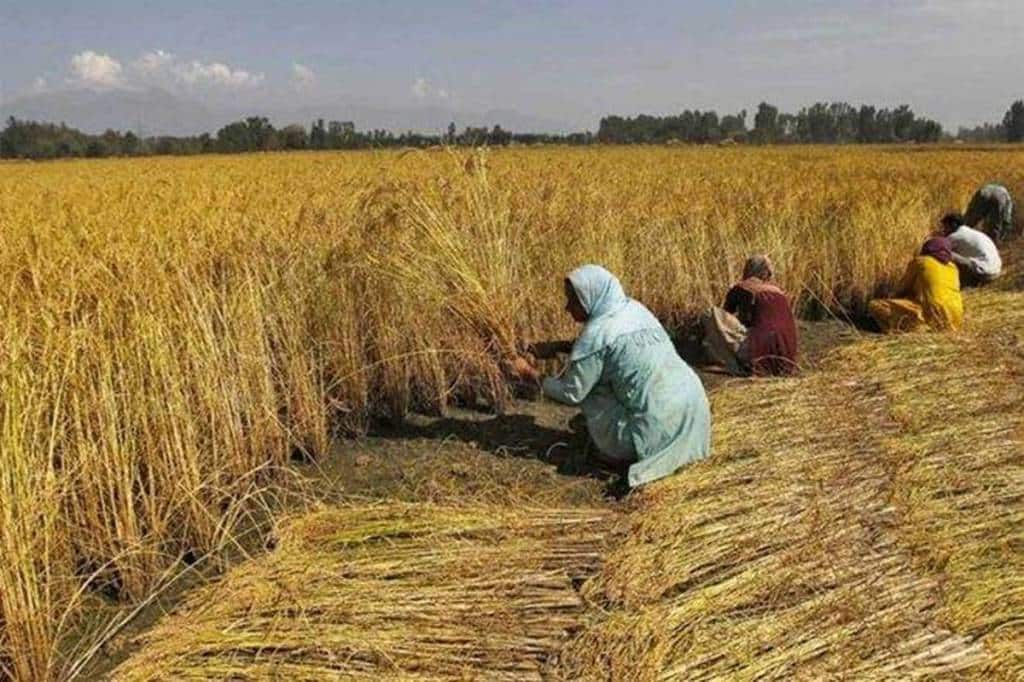 Consumers, as a group, get a raw deal here and end up paying higher prices, while farmers get substantially lower prices.

With yet another record food production at 301 million tonnes expected on the back of a bumper kharif crop this year, recent MSP hikes can leave the farmers with an additional liquidity of Rs 50,000 crore, according to a report.

The first advance estimates of major kharif crops for 2020-21 have pegged total kharif foodgrain production at 144.52 million tonnes and the overall foodgrain output at 301 million tonnes, CARE Ratings said in the report on Friday.

Kharif crops account for nearly 9 per cent of the total gross value added and contribute nearly 60 per cent of value addition of the agriculture and allied activities sector.

It said it is anticipating agriculture and allied activities to clip at 3.8 per cent this year on the back of buoyant kharif and rabi crops aided by surplus reservoirs.

As the public protest mounted over the three farm reform Bills last week, the Centre raised minimum support prices (MSPs) for both kharif as well as rabi crops by an average 4.7 per cent and 4.3 per cent, respectively.

After the kharif harvest, farmers’ disposable income is expected to increase by a gross of Rs 50,000 crore and a net of Rs 40,000 crore after keeping money for investment, intermediate consumption and raw materials, the report said.

It added that 30 per cent of this estimated income, or Rs 12,000 crore, could go into savings, while 5 per cent or Rs 1,400 crore could be kept aside to deal with any exigencies arising on account of the pandemic.

About Rs 26,600 crore of the total additional gains can be used for consumption spending by the farmers and 45 per cent of the Rs 26,600 crore can be expended on clothing and footwear (25 per cent) and durable goods (22 per cent).

This is important as roughly half the two and three-wheelers come from rural areas and 30-40 per cent of car sales also come from the hinterlands.

Durable goods could get a Rs 5,900-crore boost, while fast-moving consumer goods (FMCG) items can get a Rs 2,600-crore boost, and clothing and footwear may see Rs 6,650-crorre worth of demand.

Education could get a Rs 2,650-crore boost and the healthcare segment may net Rs 1,400 crore and consumer services at Rs 4,000 crore and miscellaneous goods and entertainment can see a Rs 4,800-crore demand.

Average MSP increase for this kharif season is nearly 5 per cent over the 25 per cent hike announced last year. However, an increase in MSP does not proportionately translate into remunerative prices for farmers as higher output tends to drag prices lower than MSP.

The marketed surplus for various crops has been assumed at the following levels: Rice at 80-85 per cent, pulses at 90 per cent, and coarse cereals at 65 per cent. Oilseeds, sugarcane and cotton surplus is seen at 90- 100 per cent, according to the report.