With India importing over 80 per cent of its crude oil requirements, the country will need to shell out a lot less money to buy oil from abroad. 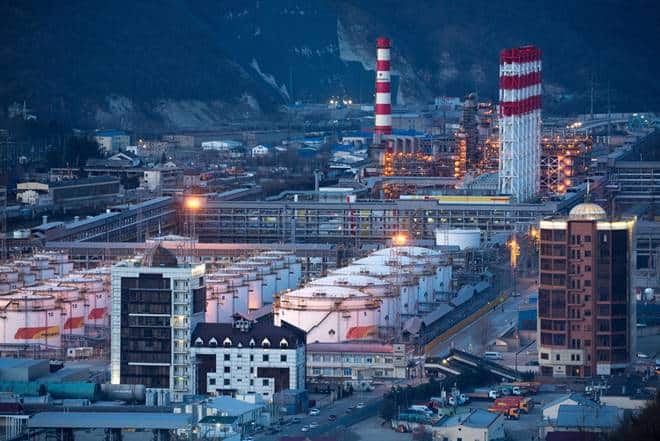 The international crude oil price crash to rarely seen levels may help India significantly cut the import bill, check inflation, and boost tax revenue, if the government takes advantage of the situation. With India importing over 80 per cent of its crude oil requirements, the country will need to shell out a lot less money to buy oil from abroad. Low oil prices can not only reduce India’s import bills but it can also give a room to the government to increase fuel taxes, offsetting low direct tax collection. Further, low petroleum and fuel costs also bring down energy prices, moderating the inflation rate. “India being a net oil importer tends to gain immensely from oil slump on its import bill,” Madhavi Arora, Economist, Edelweiss, told Financial Express Online.

Even amid the turbulence, falling crude oil prices have the ability to reduce India’s economic pain. India entered into the coronavirus-led lockdown with a history of a longer-than-expected slowdown, which may prevent the government from achieving its annual target on different fronts, including direct and indirect tax collections. Low crude oil prices can help India raise oil-related taxes to offset other losses. “Lower oil prices have three aspects to it — external account, inflation, and government’s revenue,” Sameer Narang, Chief Economist, Bank of Baroda, told Financial Express Online. The fall in oil prices will provide a cushion to the economy from multiple angles, he added.

However, such an unprecedented fall in crude oil prices is not a healthy sign, and reflects global markets’ nervousness amid still-evolving impact of the pandemic on global demand and activity, Madhavi Arora of Edelweiss said. Further, patchy risk sentiments would weigh on foreign flows in India and other emerging market asset classes, and keep the pressure on the Indian rupee, she added. In another blow, India’s inward remittances from middle-eastern and other oil countries too may take a hit, Madhavi Arora said. However, Sameer Narang said it won’t do much harm as remittances are anyway going to be low from the non-oil producing nations as well due to the global recession.

Meanwhile, Brent crude was trading at $25.3 per barrel at 11:30 IST today, falling from nearly $28 per barrel yesterday. Also, for the first time in history, WTI crude prices fell below $0 per barrel and entered into the negative territory.