Haryana offers reward to move away from water guzzling crops, but is it good enough for farmers?

Haryana has started to take steps towards solving the age-old water problem with the state disincentivizing sowing of water-intensive paddy crops. 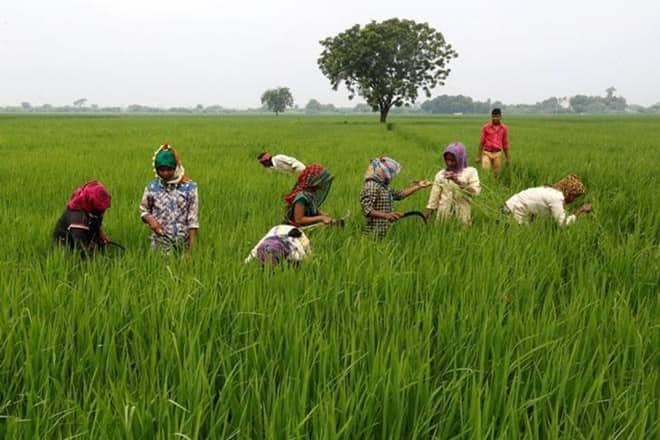 Haryana has started to take steps towards solving the age-old water problem with the state disincentivizing sowing of water-intensive paddy crops. The Haryana government has recently announced “Mera Pani Meri Virasat” scheme and said that it will provide Rs 7,000 per acre to the farmers to push them towards cultivating less water guzzling crops such as maize and pulses instead. The government also said that it will buy maize and pulses at minimum support price (MSP) to aid the growing of these crops. However, the state government’s announcements may not woo farmers away from paddy as farmers need more incentives to shift to pulses and oil seeds, Chaudhary Pushpendra Singh, President Kisan Shakti Sangh, told Financial Express Online.

“The government must increase the incentive of Rs 7,000 substantially to actually make farmers shift to other crops. If the government increases the incentive to Rs 20,000 per acre and also raises the MSP by 15-20%, farmers could be swayed towards sowing crops which are less water guzzling. Also, the government must ensure that these crops are purchased after asking farmers to grow them,” he said. Apart from helping Haryana’s depleting water table, growing coarse food grain, oil seeds and pulses also have numerous other benefits such as less pollution due to crop burning, providing cattle feed via oil cakes, resolving India’s dependence on import of edible oil, and fixing nitrogen in soil. To make up for all those benefits, farmers must be heavily compensated, he added.

In states such as Haryana and Punjab, the growing of paddy has always been under scanner as this crop needs massive water input for production, leaving these states water deficit. Producing a kg of rice consumes 2,000-5,000 litre water, Haryana agriculture and farmers’ welfare department said in its crop diversification scheme. While water is a big issue in Haryana, farmers tend to take up rice for sowing as the government ensures minimum support price.