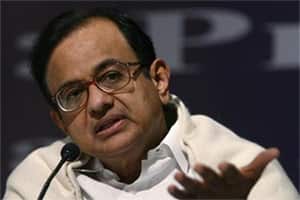 A former Union Minister and a Governor, he disputed Chidambaram’s contentions on the 2G issue and said that if he had defended the treasury well as Finance Minister, then this scam would not have happened.

“I don’t think what Chidambaram is saying is the correct thing. It’s absolutely to the contrary. The Prime Minister had indicated to all the ministers that the 2G matter should be dealt with transparency.

“He (Manmohan) has done meticulous service to the country. Chidambaram is no match for him. His honesty, integrity is internationally recognised,” Bharadwaj said.

Bharadwaj, who had been at one time a Union Minister along with Chidambaram, even claimed that the latter was never a Congress man.

“Tell me when was he (a Congressman)? He has always been changing parties. To make him the Finance Minister, every person used to bring him to the forefront,” he said.

“Chidambaram used to browbeat everyone on the basis of his language and education. I have seen his performance everywhere. In 2G, he is solely responsible,” he claimed.

Replying to a question whether Priyanka Gandhi should be brought forward to revive the party, he said “I request the Congress leadership to bring her forward immediately.”

Earlier, Chidambaram had said the UPA government could have handled the 2G spectrum allocation case better.

“The CAG report on 2G and other issues,” Chidambaram had said, “clearly …hurt the Congress party. I think 2G could have been handled differently in the sense that the Prime Minister could have put his foot down and said I am sorry, I will not let you go forward with the first-come-first-serve (FCFS) route.