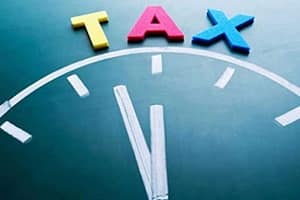 Overall, the current trends reveal that majority of the sectors are continuing to witness 'moderate' growth trends with 'excellent' and 'high' growth limited to some sectors, it said.

Jaitley also hoped the main opposition Congress will come on board to help in the passage of the India’s biggest indirect tax reform bill since independence in the ensuing monsoon session of Parliament and said failing which the government will have no option but to seek for a Parliamentary vote.

“The whole world is looking at India as to when India rationalises its indirect tax regime,” he said at a conference organised by Institute for International Economic Studies here.

The GST Bill — which creates a single national sales tax to replace several state and central levies — has already been approved by the Lok Sabha or Lower House of Parliament and is pending in the Upper House where the government doesn’t have a majority.

“The idea behind the GST is to make India into a one common market to have a seamless transfer of goods and services, to prevent tax-on-tax, make goods and services cheaper and therefore provide to any person a very large markets that is one-sixth of world population,” he said.

Jaitley, who is on a six-day investor wooing tour of Japan, said, “GST will reduce the level of taxation because there will be no tax-on-tax. It will bring prices down, it will enable businesses far more.”

The Minister said he was trying to persuade the Opposition (Congress) to support the legislation, which originally was introduced by the same party in 2006.

“This was proposed by the previous government. We have accepted it. It has been passed by the Lower House (and now) it requires to be cleared by a two-third majority in Upper House. Almost every political party in principle says it supports the GST,” he said.

Without naming Congress, he said the party which was in power earlier and had moved the GST bill, now wants to bring some changes to the legislation.

The main opposition party wants the rate of the goods and services tax capped at 18 per cent, the proposed 1 per cent additional levy on inter-state trade be removed and an independent dispute resolution mechanism for states set up.

“One particular change I am willing to accept. (In) others there is some difficulty,” he said referring to the demand for removal of 1 per cent additional levy.

A Committee headed by Chief Economic Adviser Arvind Subramanian had in December last year had recommended doing away with the additional one per cent tax on inter-state sales over and above the GST rate as well as keeping the GST rate at 17-18 per cent.

“I have been discussing with them and trying to persuade them to accept this idea. I am reasonably hopeful that it will be passed in monsoon session and if they come on board — my preference is to do it with consensus — but if that is not possible then I have no option but to seek for a Parliamentary vote,” Jaitley added.