The goods and Services Tax (GST) Council on Friday approved a four-rate structure, similar to that for goods, for taxing services in the upcoming regime. 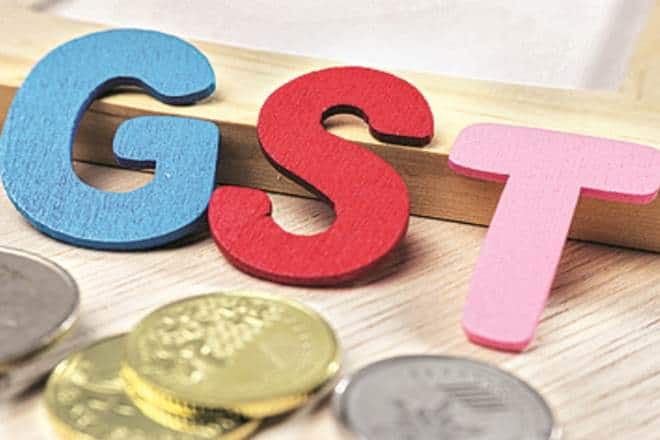 According to Consumer Electronics and Appliances Manufacturers Association (CEAMA), such decline would be offset with the festive sales that would start from August this year with Onam. (Reuters)

The goods and Services Tax (GST) Council on Friday approved a four-rate structure, similar to that for goods, for taxing services in the upcoming regime, while retaining most of the current exemptions, including education and healthcare and ordinary-class travel on trains. Of some 120 services taxed, headline rate will increase from 15% now to 18% for most, including telecom and financial services, while it will come down to 12% for some, including work contracts. The GST rate will be 5% for most modes of transport, including economy class air travel, taxis operated by cab aggregators and freight movement by roads and rail. Besides, a small number of luxury services — course betting, cinemas, casinos and hotels with room rentals over Rs 5,000 per night etc — will be taxed at the highest rate of 28%.

Finance minister Arun Jaitley said the categorisation was done keeping in mind the nature of services and for “special reasons”. He stressed the net effect of GST on goods and services won’t be inflationary, as greater input tax credits (ITC) will lower the tax liability of most businesses. Analysts, however, felt that while GST was meant to simplify the system, the multi-tier structure and value-based thresholds for restaurant services and renting of hotel rooms might not make the new indirect tax regime less complex.

Though the headline rates would work out to be higher than the actual incidence of tax, there could still be increase in tax liabilities of service providers attracting 18% or 28% GST and consequent price increases for the consumers. In the case of the capital-intensive telcos, for instance, the GST might increase the availability of ITC on telecom equipment, call centres etc. (In the current system, telecom companies are not entitled to offset VAT/CST content in inputs against the tax liability on their output services and GST will address this issue). However, on a net basis, their tax liability in the GST regime could still be 1-1.5 percentage points higher than now.

Even though the GST rate for telecom and most other services will be 18% as against the current 15% service tax, the consumers should not feel the pinch as greater input tax credits will enable the service providers to lower tariffs/prices, revenue secretary Hasmukh Adhia said. “While the customers’ bill will still show 18% GST, the tariff should be lowered as the cost will go down for operators. Ideally the mobile companies should provide a break-down of costs either in individual bills or put out the same on their website,” the official added. Rajan S Mathews, director-general, COAI, however, said. “A rate beyond the existing rate of 15% makes the telecom services more expensive for the consumer. It will augment the existing burden of the industry further.”

Some experts feel that the proposed 18% tax on banking and financial services can hurt the common man as banks have started charging fee for multiple withdrawals. Travelling on metro, local train and religious travel will continue to be exempt from tax while travel in air-conditioned coaches will attract 5% tax. Economy class air travel will attract 5% GST while business class will be charged 12%, as against the current effective rates (after abatement) of 6% and 9% respectively.

The council decided to have a graded system for taxing restaurant services. Restaurants with turnover up to Rs 50 lakh will have the benefit of a composition scheme, with 5% tax; the levy will be 12% on non-AC restaurants on the food bill while those with liquor licence will be taxed at 18%. Non-A/c restaurants are currently exempt from service tax. Dining in restaurants at 5-star hotels could turn costlier with 28% GST. Similarly, hotel/lodge rooms with tariff up to Rs 1,000/day will be exempt from GST, while the rate for hotels with tariff between Rs 1,000-2,000/day will be 12%; the levy on hotels with tariffs between Rs 2,500-Rs 5,000 will be 18%. GST for hotels with tariff above Rs 5,000 will be 28%, but analysts said that this won’t increase the tax incidence on such hotels and their customers as entertainment tax charged by states (20-100%, most commonly around 40%) will collapse into GST.

Chief economic adviser Arvind Subramanian said that the finalisation of the GST structure amounted to striking a balance among competing interests. Calling the process towards a simpler GST “work in progress,” he said that what has been proposed now is certainly less complex than the present system. He added that it was still early days to gauge the GST impact on the country’s tax-GDP ratio. Indicating the government’s firm resolve to implement the anti-profiteering clause if necessary, Adhia said, “MNCs should not indulge in hiking prices in view of lower tax incidence under GST. Such businesses could be called for explanation by the anti-profiteering authority if the prices are hiked in the these two-three months. The anti-profiteering authority could conduct a cost audit on such companies.”

Rating agency Icra said: “With the effective tax rate intended to be brought down on most items, as well as a large portion of the CPI basket being kept in the exempted category, there is likely to be a limited impact of the GST on goods inflation.” On the services front, where the standard rate has been kept at 18%, it said availability of input tax credit may soften the impact of GST on services inflation in the future. Harishanker Subramaniam, national leader-indirect tax, EY, said, “The council’s decision on services rate structure reflects the logic applied for goods, basically to stay close to current effective rates. This has led to a less than ideal multiple rate structure for services which we hopefully will merge as we go along.”

“While fitting the goods and services under the four-structure rate, the electronic products have been kept under the peak rate of 28%, as against the existing effective rate around 22-23%. It needs to be seen whether the 5-6 percentage points increase in rate would be compensated against the eligibility of credits under GST as against CST and entry tax which are a cost under the existing regime. Introduction of GST would bring an increase in the rate of electronic products which could add to the woes of the end customer,” said Sanjay Garg, partner at KPMG. The tax rates on gold and precious metals, textiles and garments, bidi, cigarettes will be taken up at the next meeting of the council on June 3. Jaitley said the government was confident of meeting the July 1 deadline for GST roll-out and there was no question of a rethink on it.