GST rate impact: Here’s how the new tax can carry a greater punch

The government, over the last few days, finalised GST rates that could blunt the reform’s growth impact. It has decided on multiple tax rates and exemptions, moving further away from an ‘ideal’ structure. 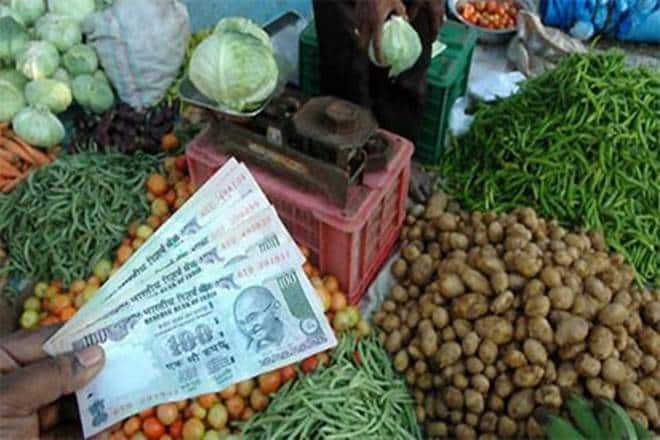 The government, over the last few days, finalised GST rates that could blunt the reform’s growth impact. It has decided on multiple tax rates and exemptions, moving further away from an ‘ideal’ structure. The medium-term addition to GDP growth from GST will be closer to 40 bps—sizeable, but lower than the 80 bps calculated earlier. Estimates suggest that there is likely to be no upward impact on inflation. Rather, if tax cuts are passed on and the input tax credit mechanism runs with part efficiency, GST could help lower the inflation rate by 10-50bps. There won’t be any additional pressure on fiscal financing given the expanded scope of service taxes and the numerous cesses. If the government is able to move towards a lower number of rates and fewer exemptions over time, the GST will ultimately carry a greater punch. For now, the GST is on track to be implemented on July 1.

Following a decade long wait, the Goods and Services (Constitutional Amendment) Bill cleared the path for implementation of GST, which by unifying all indirect taxes, has the potential to transform India into ‘a single common market’, bringing with it huge efficiency gains.

An ideal GST would have carried one single rate with very few exemptions. Instead, a multiple rate structure has been finalised. Almost all goods and services have been classified into groups attracting GST rates of 5%, 12%, 18% and 28%. In addition, four items (luxury cars, aerated drinks, tobacco and related ‘paan’ products) will attract separate cesses. Under the goods category, petroleum products, alcohol, electricity, real estate and several food subcomponents have been kept outside GST’s ambit. Under services, health and education, amongst some others, have been excluded. A big list of excluded items will result in incomplete input tax offsets, resulting in continued tax cascading, which an ideal GST would have eliminated.

It appears that the objective of keeping inflation in check trumped the objective of a simple rate structure. The proportion of services in the CPI basket could be rather small, at ~12%. As such, higher GST tax rates for services (average 18% versus 15% earlier) may not be as inflationary as many fear; in fact, under select scenarios, can be more than offset by lower GST rates for goods, especially food and transport.

To get a comprehensive sense of the inflationary impact over the short run, we look at the following: (1) the goods and services mix in the CPI basket, (2) the effective tax-rate after accounting for input tax credit, and (3) the various scenarios of pass-through of tax reductions into final prices.

The accompanying graphic factors in all three and outlines the inflation impact across different scenarios of pass-through. If producers pass on just half of the tax cuts into final prices and the input tax credit mechanism works with part efficiency (given possible teething issues), headline CPI inflation is likely to fall by 10 bps. Ifproducers fully pass on tax cuts to final prices (and the input tax credit mechanism continues to work with part efficiency), headline inflation could fall by up to 50 bps. Over the medium-term, if exemptions are kept at a minimum, by streamlining production, enhancing delivery chains and overall investment, GST could bring down inflation more permanently. Overall, GST can be expected to make RBI more relaxed about lingering inflation fears.

In terms of growth impact, the near-term could be messy, with adjustment costs for the private sector grappling with inter-sector implications. Service providers, in particular, are likely to face an increased (and more complex) tax burden. Over the medium-term, the impact on overall growth is unambiguously positive. In a previous HSBC note, it had been estimated that by making India one common market, the GST can add 80 bps to GDP growth. The growth fillip was to come from (1) having the same rate for each product across states and (2) having the same rate across all goods and services. But given that the second source is getting compromised in the multiple rate structure, the growth impact could halve, to the 40 bp ballpark.

The states are not likely to face any revenue shortfall due to GST. It is likely that a more comprehensive service tax coverage increases their revenues. Then, if any shortfall does remain, the Centre will take care of it. Recall that the Centre has promised full compensation for the first five years.

The more important question then is the health of the Centre’s finances. The finance minister had earlier clarified that any revenue surprises in compensating the states will be met by the clean energy cess and the new GST cess on four products (luxury cars, aerated drinks, tobacco and related ‘paan’ products). With this, there should be no extra pressure on fiscal financing.

Multiple taxes lead to mis-declaration of goods (in order to benefit from the lower rate). They also encourage evasion, especially in the higher tax brackets. Efforts to lower the number of tax rates and the number of exemptions in GST would bring back some of the lost growth potential. (Concerns regarding adverse impact on the poor can be offset by a direct benefit cash transfer, using the Aadhaar infrastructure.) The GST seems set to be rolled out on July 1. (In case of glitches, it could also be implemented on September 1). However, the following steps still need to be completed:

– The rates for six contentious goods (gold, textile, agricultural implements, bidis, footwear and biodiesel) and one service (lotteries) still needs to be decided.

– The IT systems need to be up and running for processing input tax credit, which lies at the heart of GST being more efficient than the previous regime. The dispute resolution mechanism also needs to lay down the terms for dispute settlements.

– Businesses need to align their software systems with the GST network.