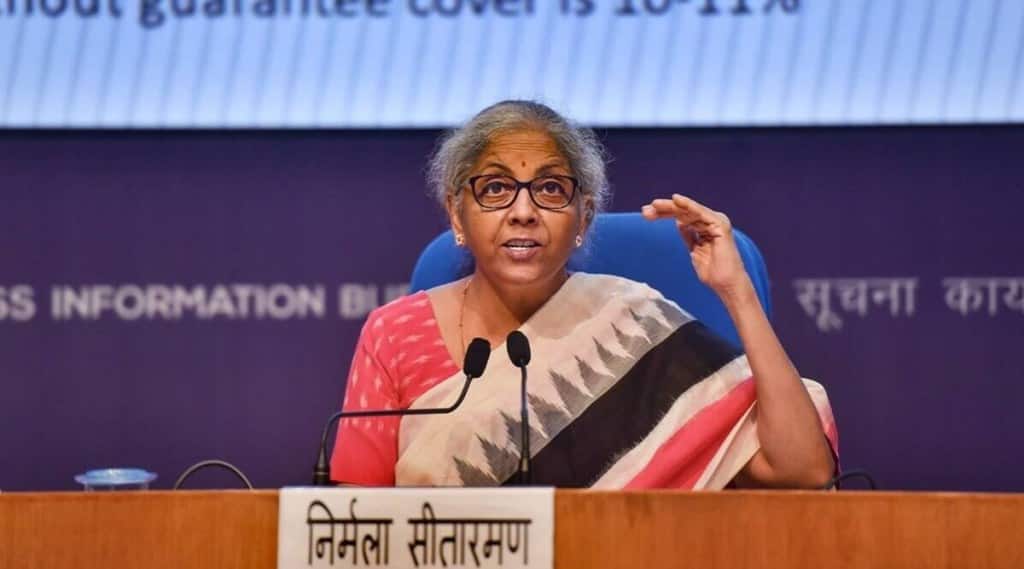 The GST Council deferred a decision on the proposal to raise the GST on online gaming to 28% from 18%.

GST Council Meet HIGHLIGHTS: The 47th GST Council, headed by Union Finance Minister Nirmala Sitharaman in Chandigarh, discussed and decided on four GoM reports. These were rate rationalization committee; casino, horse trading and lottery, online gaming; IT taxation; and movement of precious metal. FM Nirmala Sitharaman said that online gaming, casinos, horseracing include gambling even if it is based on skill. Earlier in the day, the GST Council deferred a decision on the proposal to raise the GST on online gaming to 28% from 18% on skill gaming to bring it at par with chance games involving gambling and betting. FM added that council approved exemptions and inverted duty structure suggested by BS Bommai GoM. The Group of Ministers (GoM), which is tasked to submit the report on rate rationalisation, has been given three more months, said Tarun Bajaj, the Revenue Secretary, during the Finance Ministry’s press briefing.

The Council directed that the Group of Ministers on Casino, Race Course and Online Gaming re-examine the issues in its terms of reference based on further inputs from States and submit its report within a short duration.

GST was exempted on specified food items, grains etc when not branded, or right on the brand has been foregone. It has been recommended to revise the scope of exemption to exclude from it prepackaged and pre-labelled retail pack in terms of Legal Metrology Act, including pre-packed, pre-labelled curd, lassi and butter milk.

“On the invitation of the Tamil Nadu finance minister, the next GST Council meeting will be held in Madurai,” Finance Minister Sitharaman said.

Artificial Intelligence and Machine Learning utilities will be developed to ensure that we have better compliance than we have now; the GoM will keep giving suggestions and the GSTN will keep implementing them: Revenue Secretary (PIB)

GST Council considered suggestions of fitment committee, and most of them have been accepted, Finance Minister Nirmala Sitharaman said. Sitharaman added that the GST revenue neutral rate requires a correction.

GST Council will meet on limited agenda on August 1 or in first week of August, Finance Minister Nirmala Sitharaman, said

16:29 (IST) 29 Jun 2022
Online gaming, casinos, horseracing include gambling even if it is based on skill: FM Sitharaman

Online gaming, casinos, horseracing include gambling even if it is based on skill. Council approved exemptions and inverted duty structure suggested by BS Bommai GoM, said FM Sitharaman

4th Group Of Ministers, headed by Kerala Finance Minister, is about movement of precious metals, such as gold, which was under discussion for quite some time; the report has been tabled and discussed: FM (PIB)

3rd Group of Ministers was on IT and Technology Related matters, headed by Deputy Chief Minister of Maharashtra; they have submitted report, going into great detail on corrections which can be done by the system: FM

2nd GoM discussed at this GST meeting is on Betting, Gambling, Casinos, Horseracing and Lottery, headed by Meghalaya CM; the GoM gave its final report on this, said FM (PIB)

The highlight of the two-day GST Council Meeting is that we could consider, discuss and decide on four GoM reports. The meeting did justice to the good work done by the Group of Ministers on four different matters, FM said.

FM Nirmala Sitharaman said that GST Council has not yet taken up rate rationalisation, and the GoM has been given more time for it.

FM Nirmala Sitharaman said that GST Council decided on four GoM reports, which were part of the core agenda of this meeting. a) Rate rationalisation committee, b) Casino, horse trading and lottery, online gaming, c) IT taxation, and d) Movement of precious metal

As per a Reserve Bank study, the weighted average tax rate under GST has declined from 14.4 per cent at the time of its launch to 11.6 per cent in September 2019. In order to meet the resource gap of the states due to short release of compensation, the Centre borrowed and released Rs 1.1 lakh crore in 2020-21 and Rs 1.59 lakh crore in 2021-22, as back-to-back loans to meet a part of the shortfall in cess collection.

GST was introduced from July 1, 2017, and states were assured of compensation for the revenue loss, till June 2022, arising on account of GST roll out. Though states’ protected revenue has been growing at 14 per cent compounded growth, the cess collection did not increase in the same proportion, COVID-19 further increased the gap between protected revenue and the actual revenue receipt including reduction in cess collection

While keeping land & immovable property and electricity outside the purview of the Goods and Services Tax (GST) has impaired its construct, a series of steps taken after the legislation’s July 2017 launch, including addition to the list of exemptions, levy of tax without input credit in certain areas, “composition scheme” for small taxpayers and delays in correction of duty inversions in many segments have made the tax more complex. Read full story

The Goods and Service Tax (GST) Council on Wednesday deferred a decision on the proposal to raise the GST on online gaming from 18% to 28% on the skill gaming to bring it at par with chance games involving gambling and betting, Karnataka chief minister BS Bommai said. Read full story

Joining a growing chorus of state finance ministers for an extension of the GST compensation mechanism for 2-3 years, BJP-ruled state Uttarakhand’s finance minister Prem Chand Aggarwal on Wednesday said the Centre should either extend the mechanism or consider compensating his state as the five-year facility will end on Thursday. “Being a new state, we have limited sources of revenue. We will demand in the GST Council for an extension of the compensation scheme or in some other way compensate for the revenue loss. If not extended, we will have an annual loss of about Rs 5,000 crore,” Aggarwal said. Read full story