Describing GST reform as a ‘win-win situation’ for both Centre and states, Arun Jaitley says the bill would not have ‘fear of the unknown’ unlike VAT. 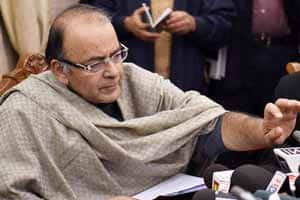 The much-awaited Goods and Services Tax (GST) Bill, which provides for an overhaul of the taxation system, was introduced in the Lok Sabha today with government saying concerns of all the states have been taken care of and they would benefit from the “win-win” measure.

Finance Minister Arun Jaitley said the Constitution (122nd Amendment) Bill will be taken up in the next session of Parliament and that he will be open to all suggestions “till the very last minute”.

Introducing the bill which was cleared by the Cabinet on Wednesday, he said, “We have made sure that no state will lose a rupee of revenue. It will be a win-win situation.”

He said states would be compensated on account of CST and the first installment would be made before March 31 next year.

Seeking to allay apprehensions of states, Jaitley, who spoke on the bill in Rajya Sabha also, said their interests are more than adequately protected and he did not foresee a situation where states would be the losers.

The GST will incorporate indirect taxes like excise duty and service tax on the central front and VAT on the states level, besides local levies. There are differences between the Centre and states on some issues with regard to the implementation of GST that includes the revenue neutral rate and keeping petroleum, liquor out of the ambit.

He said the government would give “constitutional assurance” in terms of compensating the possible losses incurred by states.

GST reform would strengthen the principle of “co-operative federalism” as Centre and state would need to work together to take decisions which would require 75 per cent majority approval, the Finance Minister said.

As some members questioned the hurry and wanted the crucial legislation to be sent to the Standing Committee, Jaitley contended that the government’s intention was not to “push” or “rush” the bill through.

“Let there be no tax on tax. If you have multiple taxation imposed, the burden and procedural complication increase. One legitimate fear is there and therefore I am not going to rush through with this, though the Standing committee has cleared it and I have discussed it repeatedly and Mr Chidambaram has discussed it repeatedly,” he said.

The Constitution Amendment Bill on Goods and Services Tax (GST) was approved by the Cabinet earlier this week.

“Whether a standing committee is again required or not required is a separate issue. But we want this to be debated after it is introduced so that if anybody has suggestions to offer and I will accept that,” Jaitley said.

The objective behind the GST is to ensure there is a seemless transfer of goods and services across the country, he said about the bill which “intends to remove cascading effect of taxes and provide for a common national market for goods and services.”

Under the proposed Act, a GST Council will be created to look into issues relating to GST tax.

It will cover all goods and services, except alcoholic liquor for human consumption. In case of petroleum and petroleum products, it has been provided that these goods shall not be subject to the levy under GST till a date notified on the recommendation of the GST Council.

The GST Constitution Amendment Bill, which was introduced in the Lok Sabha in 2011, had lapsed and the Modi-led NDA government has come up with a fresh bill.

“I do not intend to pass it (GST Bill) in the current Parliament session. We will formally take it up in the next session,” Jaitley said in the Rajya Sabha, while speaking on the Appropriation (No 4) Bill, 2014.

“Therefore, once the bill is taken for discussion perhaps in the next session, we will make sure that the interest of every state is looked after. I will be open to all suggestions till the very last minute,” he added.

Describing the GST reform as a “win-win situation” for both the Centre and the states, the Finance Minister said the bill would not have “fear of the unknown” unlike Value Added Tax (VAT) as the Centre had provided cushioning to account for any possible losses they may incur.

Asserting that the government will make sure that no state faces any losses, he said, “All states are going to gain more. …We are interested in strengthening the states, only then the national economy is strengthened.”

He said that near consenus on the bill was reached last week and the government has cleared all the concerns of the state governments by incorporating “several safeguards”.

Some states wanted change in language to give more liberal rights to them. “I accommodated that also,” he said.

On apprehensions of states, Jaitley said a safeguard mechanism for five years has been provided in the bill. “The centre will assure them to compensate any losses they suffer,” he said.

“Additionally we will make sure, for some period, one per cent additional tax is permitted to the state and even then the consuming states are all going to benefit. Some producing states, for some period, will lose some money. In the bill itself I have provided,” he said.

On the issue of CST (Central Sales Tax) compensation payable to states for 2010-2013, he said it was one of the “debts” left behind for him by the previous UPA government.

“They have not paid…. I have already said I intend to honour that commitment that UPA made. And therefore, the first installment of that repayment also, I will try and pay in this financial year,” the Finance Minister said.

One of the objectives behind replacement of the Planning Commission is that a large number of schemes which mandatorily go as central schemes should directly go to the states, he said.