To encourage young entrepreneurs and innovation, government has decided to bear the entire cost of facilitation for filing of patents, trademarks or designs as well as relaxed public procurement norms for start-ups. 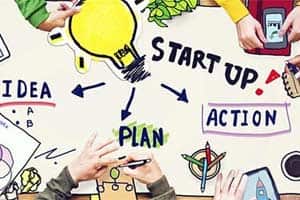 To encourage young entrepreneurs and innovation, government has decided to bear the entire cost of facilitation for filing of patents, trademarks or designs as well as relaxed public procurement norms for start-ups.

As per the action plan announced by Prime Minister Narendra Modi yesterday, the start-ups would only have to pay the statutory fees.

“The central government shall bear the entire fees of the facilitators for any number of patents, trademarks or designs that a startup may file, and the start-ups shall bear the cost of only the statutory fees payable,” the action plan said.

The move is aimed at promoting awareness and adoption of intellectual property rights (IPRs) by start-ups and facilitate them in protecting and commercialising those rights.

Experts said that the incentives given by the government for IPR related things would help the start-ups in filing more number of patents, trademarks and designs.

“This will be an incentive for start-ups to engage in innovation and also for protection of their intellectual property rights,” National Intellectual Property Organisation (NIPO) President T C James said.

The action plan says that a panel of facilitators would be empaneled by the Controller General of Patents Designs and Trademark. Facilitators will be responsible for providing general advisory on different IPRs as also information on protecting and promoting IPRs in other countries.

The government has also decided to provide an 80 per cent rebate in filing of patents vis-a-vis other companies. This will help them pare costs in the crucial formative years.

“The scheme is being launched initially on a pilot basis for one year; based on the experience gained, further steps shall be taken,” it said.

The government has also decided to relax norms for public procurement for start-ups.

In order to promote start-ups, government would exempt them in the manufacturing sector from the criteria of “prior experience/turnover” without any relaxation in quality standards or technical parameters.

Further, the government announced a credit guarantee fund for ensuring risk cover in case of default of debt provided by venture capital funds.

As per the action plan, Rs 2,000 crore credit guarantee fund would be available for startups.

The government also announced steps to reduce the regulatory burden on startups thereby allowing them to focus on their core business and keep compliance cost low.

“In case of environment laws, startups which fall under the ‘white category’ (as defined by the Central Pollution Control Board) would be able to self-certify compliance and only random checks would be carried out in such cases,” it said.