Finance Minister Arun Jaitley in his last budget speech had said that PPP infrastructure development model has to be revisited and revitalised. 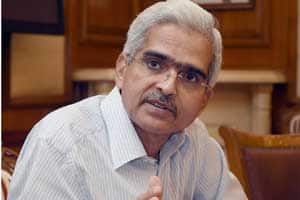 The amendments to the tax treaty with Mauritius provide India the right to impose capital gains tax on shares sold in Indian companies post April 2017. (Reuters)

The government today assured industry stakeholders of resolving regulatory and financing issues to expedite  infrastructure projects, including those being promoted under the PPP mode.

“We will examine the suggestions in consultation with the various other departments and ministries and place them before the government for decision quickly,” Economic Affairs Secretary Shaktikanta Das told reporters after a meeting with infrastructure sector players.

During the meeting the industry representatives raised regulatory and financing issues, difficulties and certain
issues which they have been encountering as well as capacity building.

Besides, issues concerning dispute resolution with regard to concession agreement for implementing Public Private
Partnership (PPP) projects were also discussed.

For revitalising the PPP projects, the government has already set up a committee under former finance secretary
Vijay Kelkar.

“We are expecting the Kelkar committee report to be submitted before the end of this month or may be by first week
of November,” Das said, adding that today’s meeting will compliment the effort of the government in resolving the
issues faced by the infrastructure sector.

Further discussion in this regard would also take place between the RBI, banks and department of Financial Services.

Finance Minister Arun Jaitley in his last budget speech had said that PPP infrastructure development model has to be revisited and revitalised.

Following the announcement, a committee of 10 members under the chairmanship of Kelkar, who is also the Chairman of Institute of Public Finance & Policy at present, was set up.

The terms of reference of the committee included measures to improve capacity building in government for effective
implementation of PPP projects, review of experience of PPP policy, analysis of risks involved in such projects in
different sectors and existing framework of sharing of such risks between project developer and government.

More Stories on
Shaktikanta Das
Next Story
India’s fuel consumption to be higher in 18 months: Moody’s