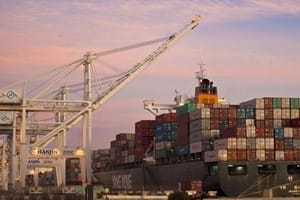 The US and India are committed, as part of our growing security coverage, to co-development and co-production of military capabilities, Carter said at the 15th Shangri-La Dialogue here. (Reuters)

The government has broadened the ambit of its Merchandise Exports from India Scheme (MEIS) and scrapped a requirement for exporters to submit landing certificates of goods to avail of benefits under the MEIS, as it steps up efforts to improve the ease of doing business and reverse a slide in the country’s outbound shipments.

All 5,012 products covered under the MEIS will be eligible for global coverage from May 4, according to the Directorate General of Foreign Trade. This means irrespective of the export destinations, the outbound shipments of all items contained in the MEIS list will be eligible for specific benefits under the scheme. Earlier, exports of as many as 2,787 products were eligible for MEIS benefits only if they were shipped to specified regions.

For shipments effected on or after May 4, exporters need not submit landing certificates to get the MEIS benefits. The move came after the approval of commerce and industry minister Nirmala Sitharaman, who also chairs the board of trade comprising 70-odd officials cutting across public and private sectors as well as central government departments.

Under the MEIS, the government usually provides exporters duty credit scrip at 2% and 3% of their export turnover, depending upon the product and the export destination, as envisaged in the Foreign Trade Policy 2015-20. The scrip can be transferred or used for payment of a number of duties, including the basic customs duty.

“The decision augurs well for the country’s exports. It will reduce compliance costs of exporters, boost the ease of doing business and raise the competitiveness of our export items,” Ajay Sahai, the director general of the Federation of Indian Export Organisations, told FE.