Govt links Aadhaar to rights of poor; galaxy of top lawyers to represent it in case

With the Supreme Court allowing Aadhaar card to be used for PDS and LPG, the Gujarat government’s petition to the court is using this to get permission to extend it to other schemes… 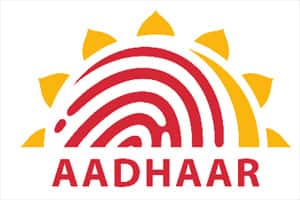 The Supreme Court will hear all applications on October 6 and is likely to decide whether the case can now be heard by the same three judge bench or if it should be heard by a larger Constitution bench to which the case has been referred.

With the Supreme Court allowing Aadhaar to be used for PDS and LPG, the Gujarat government is petitioning the court to get permission to extend this to other schemes such as pensions and MGNREGA. The Reserve Bank of India’s petition to the SC on its August 11 order also takes much the same line when it links provision of banking services to those that have no other valid document as proof of identity — in a period when mobile banking, especially, will be used to provide banking services, Aadhaar becomes even more critical.

In a move that looks orchestrated by the Prime Minister’s Office (PMO), a clutch of BJP-ruled/friendly states have either already petitioned or are going to petition the SC on being allowed to use Aadhaar for various schemes — the list includes Gujarat, Jharkhand, Andhra Pradesh, Madhya Pradesh and Haryana. While the RBI and the Securities and Exchange Board of India have also filed their own petitions, other regulators like PFRDA and Irda are also expected to join the suit.

The Supreme Court will hear all applications on October 6 and is likely to decide whether the case can now be heard by the same three-judge bench or if it should be heard by a larger Constitution bench to which the case has been referred. The case has been referred to a larger constitutional bench to determine whether the right to privacy of a citizen is a fundamental right or not.

The UIDAI has told the Supreme Court in its application that the restriction on use of Aadhaar cards seems to undermine the government’s ambitious Digital India initiative and has requested for clearance to include Aadhaar’s use for schemes like biometric attendance system, digital certificates and pension payments, among others.

Even the Gujarat government wants the apex court to “permit the use of Aadhaar number not only for the PDS scheme and LPG distribution scheme but also for any social welfare scheme or service of the central government, state governments or like services based on individual consent to enable those who are enrolled/enrolling on a voluntary basis to avail of the services and the benefits of Aadhaar”.

The Aadhaar card scheme, Gujarat has argued, is a fool-proof method for the government to identify the actual beneficiaries of social benefit schemes and not get duped into spending taxpayers’ money on fraudsters.

In its application, Gujarat said “this court, while allowing the use of Aadhaar for PDS and LPG schemes, was guided by the right to food, which is contained in Article 21 of the Constitution. However, it is submitted that the schemes falling under other rights, viz, right to work, right to receive old age or disability pensions under Article 21, may also be treated equally”. Referring to the six central schemes covered under different statutory regimes, the Gujarat government said that the earlier order of the court permitting state agencies to link Aadhaar card for accessing foodgrains under PDS, cooking fuel, and kerosene recognised the right to food under Article 21 of the Constitution.

Similarly, the Gujarat government said that right to work under MGNREGA, right to receive old age or disability pension too should be treated at par to right to food as they too come under Article 21 of the Constitution guaranteeing right to life and personal liberty.

The RBI has asked the Supreme Court to permit it to link Aadhaar cards for availing banking services and identification of citizens on voluntary basis either in the absence of any other officially valid document or otherwise.

Sebi has told the apex court that Aadhaar can become a single document for both proof of identity and address for an individual. “…a single piece of document ie Aadhaar card offers easy and simplified mode for completion of Know Your Client (KYC) requirements while on-boarding a client by any registered intermediary in terms of Prevention of Money Laundering norms… Aadhaar can act as a tool for monitoring various transactions by individuals across financial markets and help in early fraud detection,” the market regulator said in its application.

“If a person has voluntarily obtained an Aadhaar card and then chooses to produce the same as proof of identification, then there should be no reason for banks or financial institutions for preventing the person from doing so,” the application by RBI stated.