The Centre and states have moved a step closer to resolving the nagging questions over regulation and taxation of the flourishing e-commerce industry. 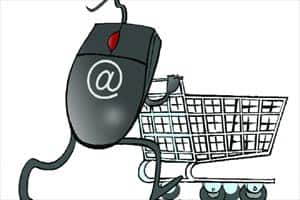 The bill amended the present Act of 2001 that did not cover e-commerce transactions, which according to the government, was adversely affecting the local traders as the goods coming in the state through such means was sold at a much cheaper rate due to non-payment of any tax.

The Centre and states have moved a step closer to resolving the nagging questions over regulation and taxation of the flourishing e-commerce industry. At a meeting with her counterparts in states convened by Union commerce and industry minister Nirmala Sitharaman here on Wednesday, states were asked to give suggestions within 15 days to bring clarity on all the sticky issues and also on a proposal to allow foreign investment in business-to-consumer (B2C) e-tailing and in multi-brand retail trade (MBRT).

Sources said several states told the Centre that firms like Flipkart, Amazon and Snapdeal need to be treated as conventional retailers and held liable to pay tax on sales taking place through their platforms.

Consuming states like Kerala have demanded that there should be a taxation framework that would not put them at a disadvantage.

There is a confusion over whether the e-commerce trade is in the domain of the Centre or in that of the state governments. This is because in the marketplace model, which as per homegrown e-commerce firms is what they have adopted, the e-tailer just creates an online platform to help connect buyers and sellers.

While there is ambiguity about whether the online companies are following a marketplace model or an inventory model, some are of the view that the Information Technology Act, which is under the Centre’s purview, is what should be governing the e-commerce trade.

However, many state governments claim that e-commerce players are following the inventory-based model, where the company not only provides the online platform but also has control over the pricing and storage of the products (through their warehouses/fulfilment centres). Therefore, the states said they have the powers to regulate (including under the Shops and Establishments Act) and collect taxes from these permanent establishments in their respective jurisdictions.

Some states said they are open to allowing FDI in B2C e-commerce but with conditions ensuring that the interests of consumers and mom-and-pop stores are protected.

“We are open to e-commerce and FDI but such a policy should benefit the small shopkeepers, small businesses/vendors and consumers. Tax issues will not be a problem once GST is introduced but the Congress is creating hurdles in that. Traders want GST as they know that this will help them,” Punjab industry and commerce minister Madan Mohan Mittal said.

Haryana industries and commerce minister Captain Abhimanyu said: “All the states are in agreement over FDI in e-commerce but we have to also look at the cost at which we will be allowing FDI in the sector. We have to see whether we need stricter laws for consumer protection, and when will GST be introduced. States also have a responsibility towards consumers and retailers.”

Jammu and Kashmir industries and commerce minister Chander Parkash said since the issue of e-commerce regulation is complex and multi-jurisdictional, it is important to take more expert views before finalising any policy.

* States asked to give suggestions within 15 days on taxation & FDI issues
* Most of them raise issue of lack of clarity in jurisdiction in regulating e-commerce
* States concerned about ‘tax evasion’ by online retailers
* E-tailers liable to pay tax on sales taking place through their platforms, they say
* Some experts say I-T Act, under the Centre’s purview, should govern e-commerce
* Since e-traders follow inventory model, states say they have powers to regulate them under the Shops Act
* Some states say they are open to allowing FDI in B2C e-commerce but after ensuring interests of consumers, traders & MSMEs